In Japan, Kubica had trialled a new front wing design on Friday and was encouraged by it, before the team opted to revert to the earlier spec for qualifying and the race.

Kubica had intimated his heavy crash in Q1, pictured below, was influenced by the changed front wing and it followed on from him airing his frustration at having to retire his Williams in the Russian Grand Prix in order to conserve parts.

When asked about his relationship with Williams by Autosport, he said: "I think there is no tension.

"We are on the same boat, and I think we all better understand our situation, although we probably sometimes have a different point of view.

"I think I have been long enough in the sport and different situations that I also understand a team point of view.

"That's why probably sometimes it would be easier just to talk, instead of doing things differently.

"As I said, I don't think the relationship is any different to what it was before. I have big respect for the people who are working to make it work.

"Of course, sometimes we are limited with the tools we are having, but this is how it is.

"This is why probably I have even more respect because I know how the situation is, and that's why I really admire the people.

"They are not giving up and the guys are pushing really hard, and they are really doing an amazing job for what we are having." 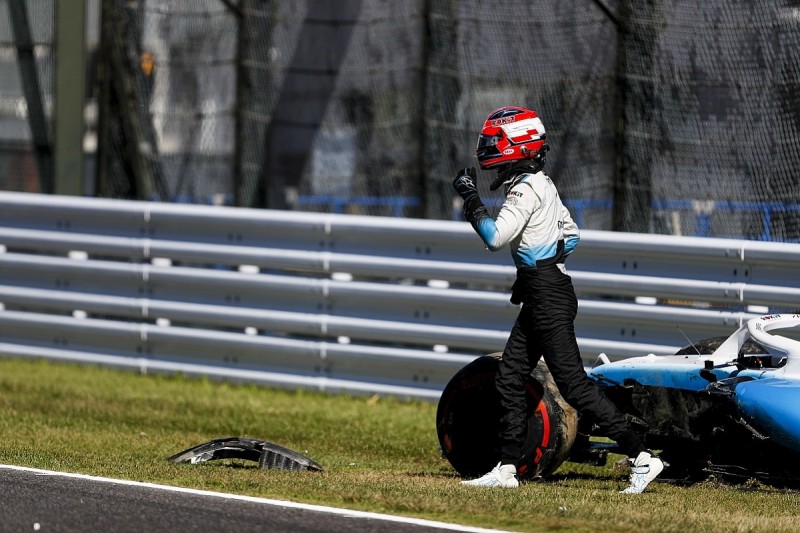 Kubica has also denied that he has questioned the team's recent decisions.

"I think we are all on the same boat. I think I showed many times, not only in this season, that I think I'm a guy who understands the sport pretty well, not only from a driver point of view.

"I felt like some things could be handled differently with just talking, instead of doing it in a different way."

It is unclear as to whether Kubica will use the new front wing specification during the Mexican Grand Prix weekend.

The ongoing spares issue at Williams notably raised its head following Kubica's retirement in Japan when his sponsor questioned the decision made by the team.

"Honestly I don't even ask [about the new wing]," said Kubica. "I think we'll have to see what will be the situation and then drive with what we will have.

"I just don't want to go too much into the details, and that's it.

"The feeling was better, which was a surprise because we were not expecting that it could be better.

"So this was a bit strange. It's strange when you don't expect things to be any better and then suddenly you have a much better feeling, it's probably something beyond this.

"But we will probably re-test it here and probably we will run it. I take it day by day. It's a better solution."

Sergio Perez blamed a ‘miscommunication’ with the safety car for being investigated for breaching the rules on his way to victory in Formula 1’s Singapore Grand Prix.