The Polish driver set a best lap of 1m41.296s on the softs to finish eighth fastest before vacating the car so Lance Stroll could run in the final couple of hours.

Kubica tried a range of the Pirelli tyres, initially focusing on shorter performance runs before turning his attention to longer runs.

Autosport understands Williams was pleased with the feedback and data gathered after getting through the planned programme smoothly.

Kubica will get a couple more hours of running on Wednesday at Yas Marina, taking over from Sergey Sirotkin in late afternoon.

The intention is that Kubica will run the hyper-soft, ultra-soft, super-soft, soft and medium at some stage over the two days to gain more experience of the new generation of tyres. 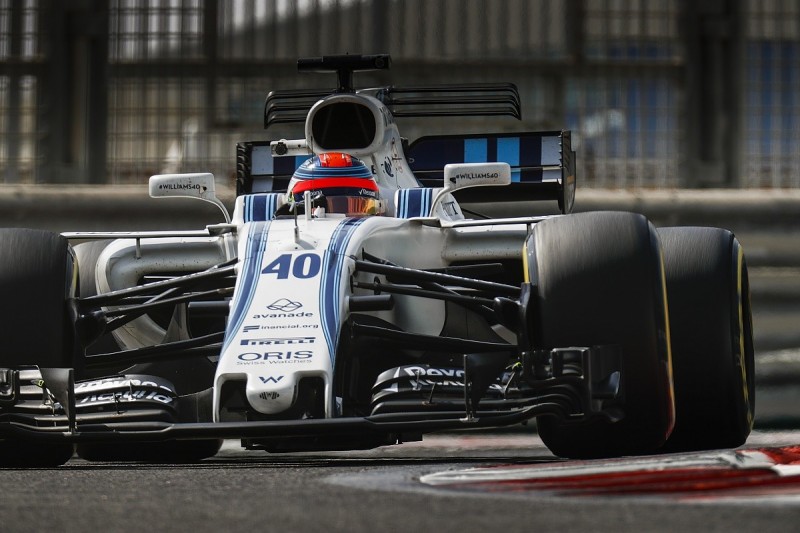 The team has made clear that the test is designed to get a definitive answer on whether Kubica is ready to make a full F1 return in 2018, seven years after the horrific rally crash that interrupted his career.

FIA president Jean Todt said recently that the governing body was satisfied that F1's medical tests would accurately determine whether Kubica was fit to compete.

Kubica is the favourite to replace Felipe Massa at Williams next season and line up alongside Stroll.

He faces competition from Sirotkin, who has emerged as a late contender for the second seat at Williams.

Williams is expected to discuss drivers next week and hopes to be able to make an announcement before Christmas.

F1's negative end reveals the scale of many challenges