The Grove-based outfit looked to be a podium contender in Australia and Bahrain, but has so far recorded a best finish of fifth across the first four races of the campaign.

Incidents for both drivers in Australia, a team orders controversy in Malaysia, rear-tyre degradation issues in Bahrain, and a pitstop blunder in China have all cost Williams points.

This has led to questions about the squad missing a golden opportunity to score well before rival teams with bigger budgets begin to make serious strides in F1's development race.

But former Ferrari engineer Smedley, who became the new head of vehicle performance at Williams at the start of April, reckons Williams will continue to be a serious contender as the season wears on.

"I was quoted the other day saying there is no panic at Williams and I will reiterate that," he said.

"The question that was asked to me a couple of weeks back was 'are you disappointed you haven't been able to capitalise on having a quick car?'

"I don't think we've particularly not capitalised on the car we have. I think we have done a reasonable job.

"To say that all is lost, because we haven't capitalised on having a quick car in the winter would indicate that is it - that we have shot our bolt.

"Well absolutely not. The development drives on, and the facilities that Williams has got, not only in aerodynamic terms but mechanical as well, are really, really impressive.

"It is just a case of getting all that working and pushing it in the right direction." 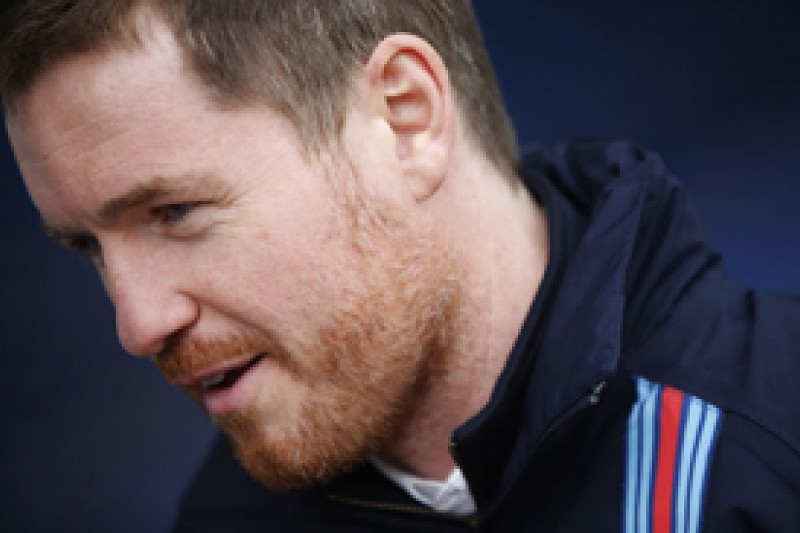 Smedley's new role is focused on improving the relationship between the factory and race teams at Williams, in terms of car development, and he is convinced the squad has everything it needs to return to the pinnacle of F1.

"As at Ferrari, there's a real will to win here - the people here are ready to fight as a team," Smedley added.

"They work really well together and they want to get back on top.

"Sometimes it's just about sending everybody off in the right direction. If we get it right, we will win again."

Valtteri Bottas loses a likely podium after hitting the wall coming out of Turn 10 in the early stages. He recovers to fifth having pitted to replace his damaged right rear wheel, while team-mate Felipe Massa is wiped out at the first corner by Kamui Kobayashi's brakeless Caterham.

Williams manages a double points finish, but Bottas misses out on challenging McLaren's Jenson Button for sixth when Massa refuses to let his quicker team-mate by in the closing stages. This leads the team to apologise to its drivers and fans for mishandling the team orders situation.

Both drivers fight the Force Indias for the final podium spot in the first half of the race, but the FW36 overheats its rear tyres and they have to switch to an un-fancied three-stop strategy. They wind up behind both Red Bulls too after losing track position under the late-race safety car caused by Esteban Gutierrez's roll. 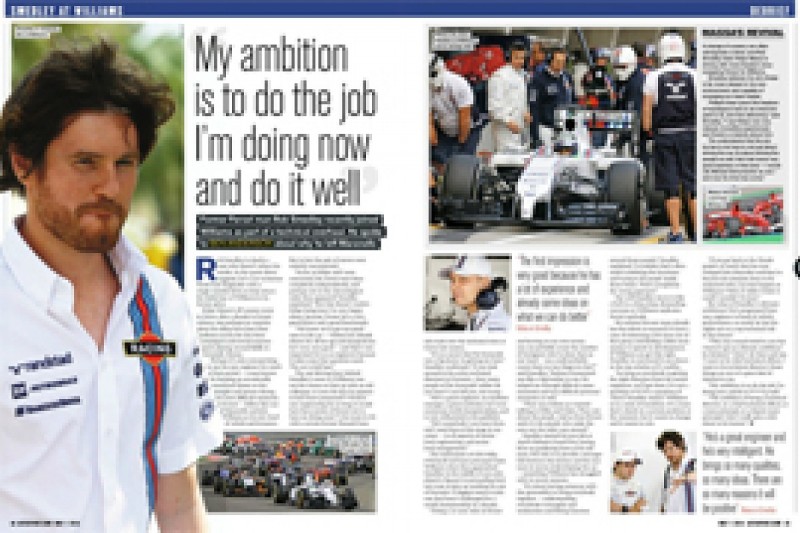 Massa runs sixth in the early stages, after a storming start (and surviving bouncing off Fernando Alonso's Ferrari), but loses all hope of points thanks to a rear-wheel mix-up at his first pitstop. Bottas loses his telemetry during the race and a top six finish to Nico Hulkenberg's Force India.

This week's AUTOSPORT magazine includes a full interview with Rob Smedley about the reasons for his Williams move, the team's prospects, and why he doesn't see himself as a future technical director