On Wednesday, a Tweet emerged from the energy drink's account announcing that it had terminated its deal with Haas due to "poor performance".

The post added that F1's "politics and PC attitude" were "inhibiting our business", and finishing behind Williams in the Austrian Grand Prix was "unacceptable".

Haas released a statement on behalf of Rich Energy's apparent majority shareholders that attempted to salvage the relationship with the team, and accused a "rogue" individual of being responsible for the original tweet.

That statement also said the individual, understood to be Storey, was being removed from his executive responsibilities.

However, on Thursday evening, a subsequent tweet from the Rich Energy account contained a statement attributed to Storey that claimed the Haas statement was the work of supposed minority shareholders and that he remained in command.

The tweet read: "The ludicrous statement by minority shareholders cosy with Red Bull and Whyte Bikes is risible.

"Their attempted palace coup has failed.

"I [Storey] control all of the assets of Rich Energy and have support of all key stakeholders". 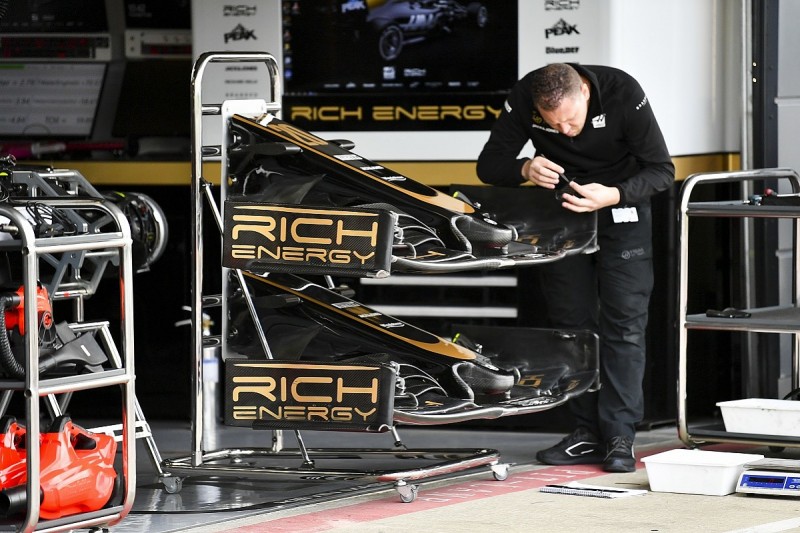 Haas F1 team boss Gunther Steiner confirmed that the team would be running Rich Energy branding as usual during this weekend's British Grand Prix at Silverstone.

In a statement, Steiner said: "Rich Energy is currently the title partner of Haas F1 Team.

"I cannot comment further on the contractual relationship between our two parties due to commercial confidentiality."

The Rich Energy logos remained on display at Haas ahead of the grand prix, although the firm has been ordered by court to give up use of its stag logo after July 18 for it infringes the copyright of Whyte Bikes.

There has been no further comment from Haas in light of the latest statement.