Daniel Ricciardo says he will use the summer break to build up “hunger” in readiness for a “positive bang” when he starts the second half of the 2022 Formula 1 season.

The Australian has faced a difficult few months in the shadow of Lando Norris, and has scored only 19 points to the 76 of his McLaren team-mate.

He now has the added complication of McLaren’s interest in Oscar Piastri having reached the public domain in the past few days, leaving his own long-term plans unclear.

Ricciardo hopes to use the time off to clear his head and return in strong form after the summer break for the initial run of races in Spa, Zandvoort and Monza.

"To be honest, switching off normally gives me like a natural reset," he said after last weekend’s Hungarian GP.

"To a point where I imagine in say 10 days, two weeks into the break, I would have kind of got the holiday out of my system, and then I'll build that hunger back again.

"So I'll naturally think about it, after getting time off. That's normally how it works for me.

"Again, go out with friends, drink some beers, have fun. And then I'll get to the point where I start to not feel guilty, but just like alright, time to turn it on again. And then it's kind of a natural switch that will come back probably after 14 days.

"A bit like last year, [I want to] kind of start that second half of this season with a positive bang and just to get the ball rolling. The triple-header, it's intense.

"So I think come out and set some strong intentions. That's the plan. Obviously, it's easier said than done. But that's certainly the plan." 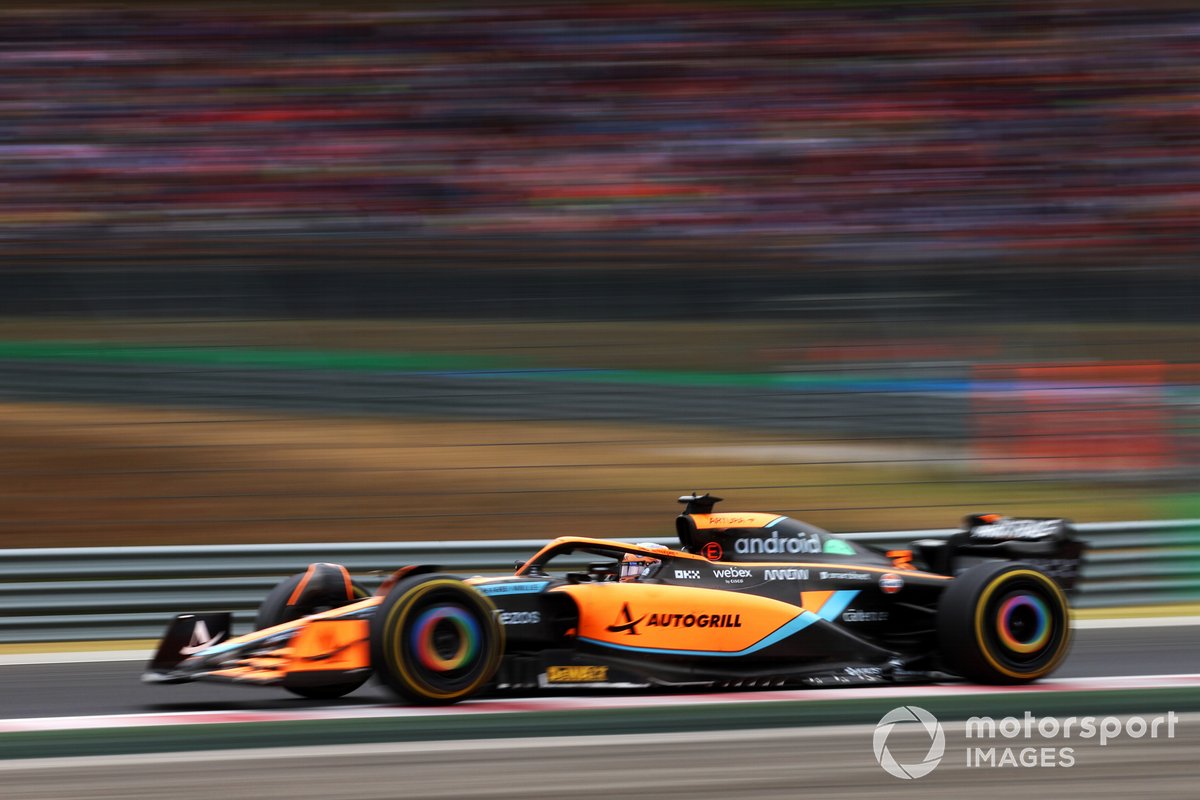 Reflecting on the first half of the season, Ricciardo admitted the MCL36 is one of the more difficult F1 cars that he’s drive thus far.

"Certainly, one of the most," he said. "I remember where in a race stint you could do 20 laps and you could stay within three tenths probably for a 20-lap stint at times, and kind of just be very in control.

“I feel like stint variation is a lot bigger this year. I'll see what the other guys are doing. But maybe it's just me, or maybe it's the whole field, but I'll be surprised if you see someone doing like 0.1s, 0.1s, 0.1s. 0.2s, 0.1s, and so I think they are just more difficult to produce."

Asked if he felt on top of the car yet, he said: "There's some laps, which I'll put together, and kind of make sense. And I'm like, that was sweet. But then a couple of laps later, I might drop four tenths or something, and then I'm like, ughh!

“It's not so simple, like a dot-to-dot, there's some hurdles before getting to the next dot. And so that's a little complicated.

“I guess when it's on more of a knife-edge or when there's more variables, that's where it starts to become that step more difficult."