Ricciardo: Vettel has been “a true friend” amid 2022 F1 struggles

Daniel Ricciardo says his former Red Bull Racing team-mate Sebastian Vettel has been “a true friend” during his difficult 2022 Formula 1 season with McLaren.

Ricciardo struggled with form from the start of the season, and in August agreed a deal to end his McLaren contract a year early, making way for 2021 FIA Formula 2 champion Oscar Piastri to take his seat.

Ricciardo said that Vettel, who will retire from F1 at the end of 2022, gave him welcome moral support at a difficult time.

"I won't go into detail in terms of what was said or whatever,” said Ricciardo.

“I mean, as a general comment he's picked up the phone multiple times this year, and just been a friend, and just like showing care, and just checking in, checking in as a true friend would do.

“And to have friends like that is so important. But it's also not that common, in terms of on the grid.

"We get on with drivers, and you do build friendships, but to have kind of that deeper level of friendship, and let's say some gestures he made this year, and some of the kindness he showed towards me was, in a way, kind of unexpected. But yeah, just super nice."

Asked to elaborate on when Vettel had reached out Ricciardo said: "It had a bit more emphasis around the time of all the contract stuff happening, and when there was a lot of noise.

“And I don't want to single him out because there were some other drivers, but he was the one that was certainly picking up the phone pretty often and checking in."

Ricciardo remains committed to sitting out next season, probably with a reserve driver role, before attempting to bounce back with a top F1 seat in 2024.

He’s adamant that a year on the sidelines will make him hungrier for a return than if he had taken a seat with a less competitive team and raced next year.

“But I know the way I'll feel after having some time off, and watching the races from the TV or somewhere in the paddock, it'll give me all that, let's say, hunger back. And I have the hunger still, but I want it to be overflowing. 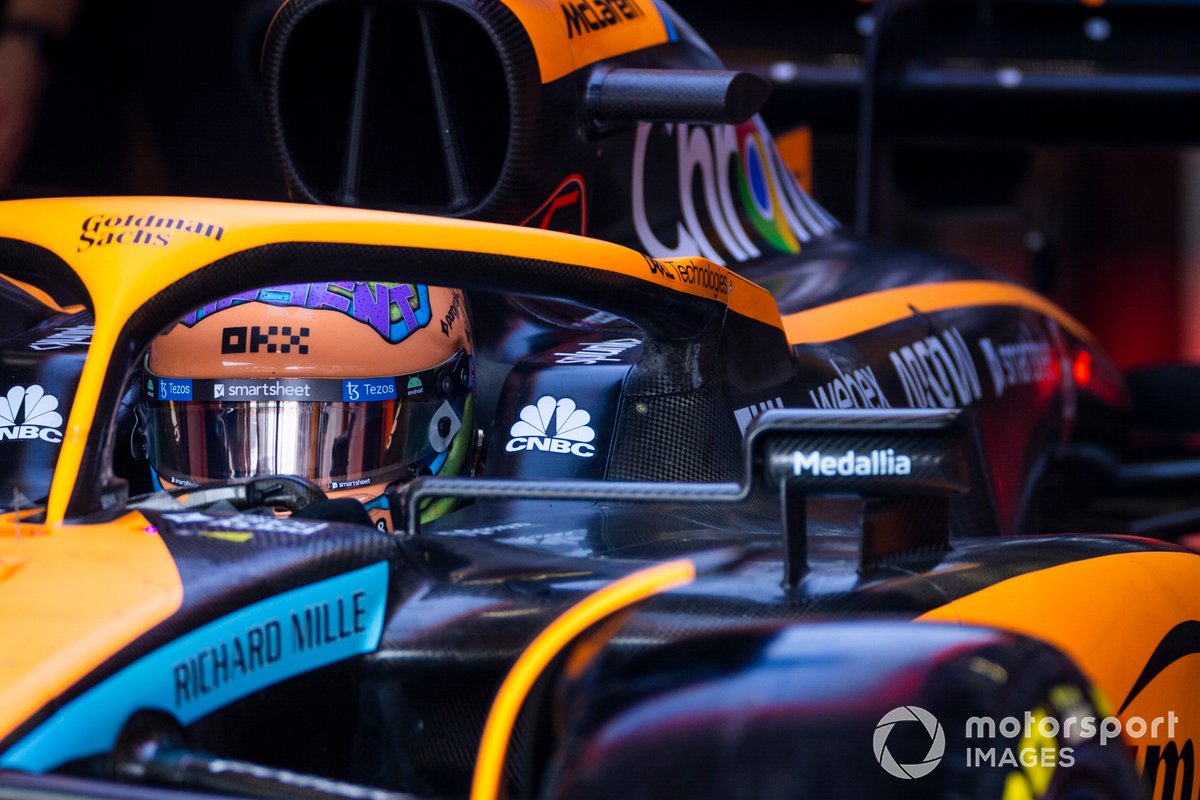 “I know just a bit of time off will do that, because I get it in a summer break, and that's only two or three weeks off.

"I really felt it in COVID, when we had three months off or something, and I felt like that was my best probably my best season since maybe 2016.

“And so I know what a bit of absence does for me. And I appreciate every driver is different and they feel how they feel. But I know taking the right time off next year will make me very hungry to be back on the grid in 2024.

"I can't sign a contract today to guarantee me a seat in 2024. No one will do that. It's not possible. But yeah, I'll just try to do all I can next year to show that I still have the desire and obviously the skill to do it.

“I think the risk is jumping into a seat next year. It's shown here at my time at McLaren, nothing's guaranteed in terms of performance.

“So if it was for whatever reason to be, let's say, a relatively unsuccessful campaign, then I think I would personally probably be done with the sport. So, that risk seems way bigger than the risk of kind of sitting out a year."