Daniel Ricciardo says he’s “not sure yet” where he will be racing next year after announcing he'll leave McLaren at the end of the 2022 Formula 1 season.

The eight-time F1 race winner will split with McLaren after this season, one year earlier than his initial contract with the Woking-based team after struggling for performance and the team’s car.

Ricciardo, who is now a free agent for next year, is uncertain where he’ll race but remains confident he still has the fight to compete at the top level.

“I look back at this time with McLaren with a smile. I learnt a lot about myself and I think things that will help me with the next step in my career but also just in general, in life.

He added: “The sport, I still love it… I still love it. This hasn’t effected any of that. I still have that fire in me and that belief in my belly that I can do this at the highest level.” 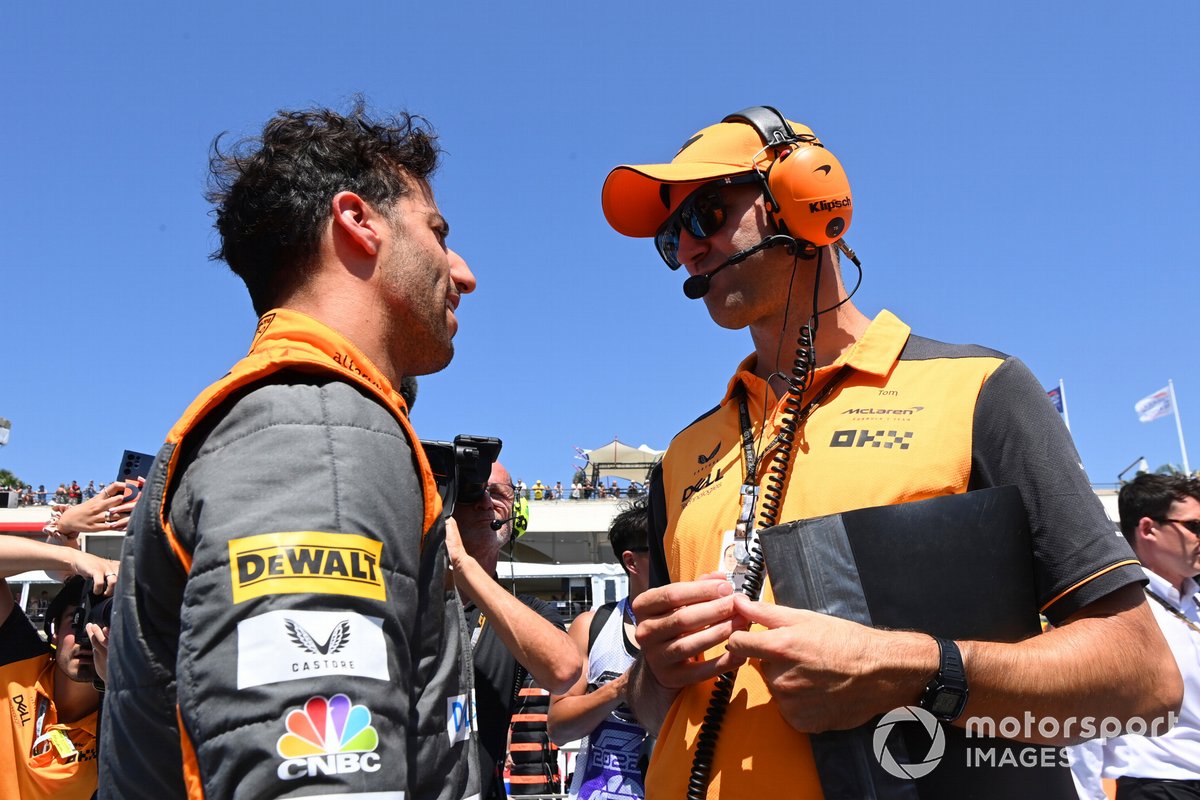 Daniel Ricciardo, McLaren, on the grid with his engineer

Despite a tough couple of seasons with McLaren, Ricciardo becomes one of the most enticing options on the driver market given his wealth of experience and previous success in F1.

Options for a race seat in F1 for 2023 are limited though, but Ricciardo could remain on the grid next season with Alpine, Alfa Romeo, Haas or Williams, who are all yet to officially finalise their respective driver line-ups for next year.

Analysis: What are Ricciardo’s options to stay in Formula 1?

Ricciardo also revealed more detail on the mutual agreement with McLaren to go their separate ways at the end of the season, and that he wants to end his time at the team on a high.

“We had a lot of discussions but in the end we mutually decided it was the best thing for both of us. I will continue to do the rest of this year, absolutely, and I’ll continue to give it my all,” he said.

“From a result point of view, for sure, consistently to get the results and the form that I was after it wasn’t always there and it was tough. I felt those absolutely. But I also have many happy memories of my time at the team.

“I think about Monza, I think about standing on the top step, I think about bringing the team their first win since 2012. That sort of stuff was awesome, to see the smiles on everyone’s faces and to be in that moment. That’s something I’ll never forget so there is a lot of good stuff to take from this as well.”