Daniel Ricciardo said it felt "surreal" to have his trophy for winning the Formula 1 Italian Grand Prix at the McLaren Technology Centre alongside one earned by Ayrton Senna.

His victory made Ricciardo the 20th different driver to win an F1 grand prix for McLaren, joining an illustrious list featuring the likes of Senna, Alain Prost, Mika Hakkinen and Lewis Hamilton.

The occasion was not lost on the Australian, who ended a personal win drought dating back to the 2018 Monaco Grand Prix - when he was a Red Bull driver - after a season where he had generally struggled to match Norris upon joining from Renault.

Having called in the promise of McLaren boss Zak Brown to have a ride in an ex-Dale Earnhardt stock car upon achieving his first podium with the team, Ricciardo remarked after winning the race that it was "a little surreal" to think that his Monza silverware would join the many trophies Senna brought to the team in the MTC's trophy cabinets.

"I’m sorry if I sound a bit self-absorbed now, but when I think of McLaren I think of Senna," said Ricciardo.

"That’s the early memories and I’ve seen the trophies in the cabinet at the MTC and to have a winning trophy now with my name in pretty much the same cabinet is crazy.

"These are like two little things today that I certainly appreciate, and they are two little surreal moments that I guess have hit me." 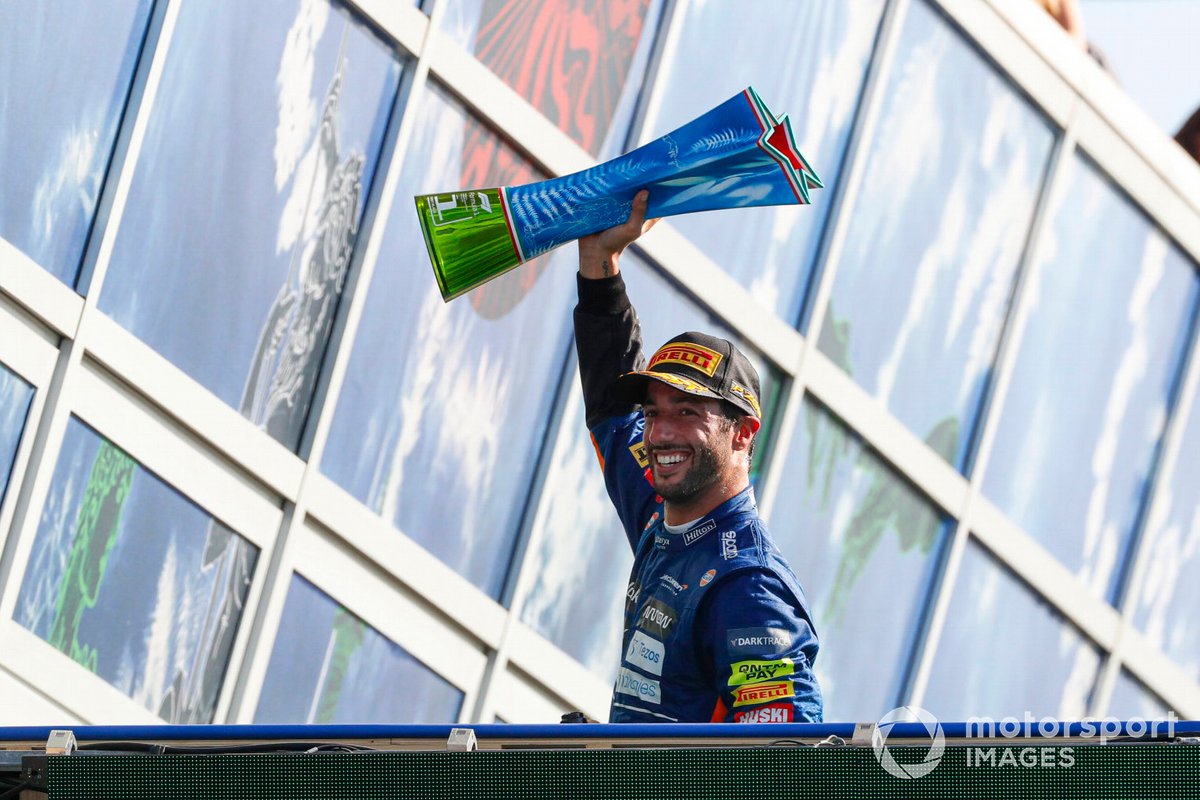 The race, Senna's last with McLaren before his switch to Williams and also his last Grand Prix victory, has extra significance for Ricciardo, a spectator at the Adelaide street race.

He said he was "speechless" to be given a spot alongside the three-time champion.

"I mentioned that my trophy would be somewhere next to one of Senna's and this is Senna's from Adelaide '93," he pointed out.

"I was at the race. Pretty damn wild, so I'm nearly speechless."