Eau Rouge would not lose its charm as a ‘scary and exciting’ Formula 1 corner even if crash barriers are moved much further away from the track, says Daniel Ricciardo.

On an F1 weekend where safety at the Belgian Grand Prix’s most famous corner has come under the spotlight, McLaren’s Ricciardo has joined the chorus of drivers urging changes to be made.

And with Spa chiefs having already outlined renovation work that will include revisions to the barriers and runoffs at the Eau Rouge/Raidillon complex, Ricciardo says there is no doubt that something has to be done.

Asked by Autosport about where the balance lay between making corners super safe but without changes then taking away the challenge, Ricciardo said: “I think the balance is in the form of what history has shown.

“As exciting as Eau Rouge is, it does tend to have big accidents pretty much every year. If it's not in F1 it will be in another category, where there are big ones. I think that's where it's a bit too much.

“I think the corner will still be scary and exciting even if they push the barrier a few extra metres back, because it's also the way the cars then bounce back onto the track.

“It's kind of just realigning the safety. I don't think it's changing the pure character of the corner. I think it's just removing any of the unnecessary danger. With history, and that sort of side of it, no one benefits when the danger's pointed in that direction.” 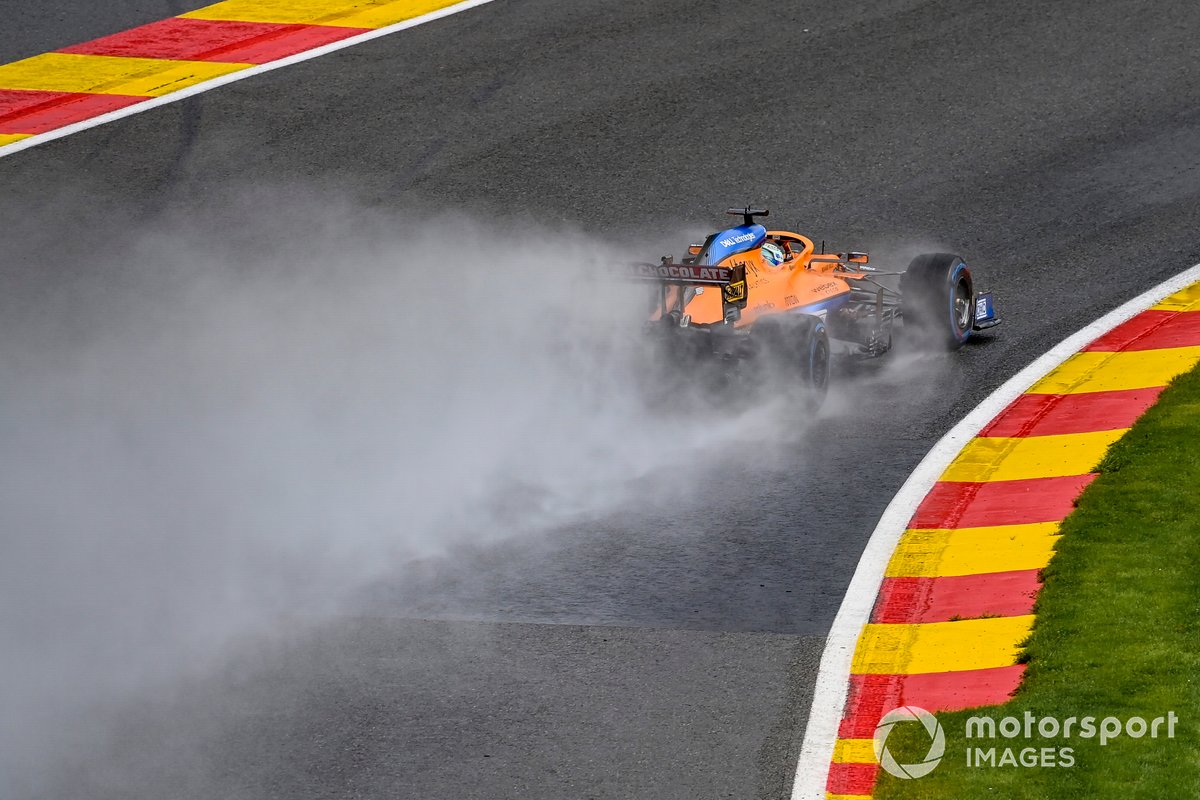 He agreed that a recent run of accidents there, including at the Spa 24 Hours and W Series, had highlighted that action needed to be taken.

“I think there's been sadly too many things going on in such a corner,” said the Briton. “Of course, we love keeping things the same, we love the historic part of Spa. But in terms of a safety point, there has been so many crashes lately, and over the past few years, which have led on to obviously many bad things happening, which we obviously don't want.”

Ricciardo said there was no doubt that drivers still loved the nature of Eau Rouge, and was clear that they did not want the actual track to be altered.

“I'm still happy racing here,” he said. “I think if they try to tweak and just make the track a bit safer then I think we all want to keep coming here, and we're definitely not trying to get it removed from the calendar.

“But of course if we can help it remain on the calendar by adjusting some of these areas, then we'll do that because it's a mega track.”