Just two weeks after Renault endured a tough time in Spain as both drivers failed to make it into Q3, Ricciardo qualified fourth at Spa-Francorchamps with team-mate Esteban Ocon two places further back.

The duo's pace in the first and third sectors at Spa have highlighted how Renault has opted for a lower downforce solution than other teams for the long straights at the Belgian circuit - and Ricciardo suggests that has made the RS20 come alive.

"We are pretty light," said Ricciardo, when asked by Autosport about the low downforce choice.

"We feel this was a characteristic of the car last year. I feel like, for whatever reason, the car seems a bit happier with a little bit less load on it.

"Obviously you can't run this low around a circuit like Barcelona but, when we do come to these more high-speed flowing circuits, it just seems like it's in a better place with a smaller rear wing.

"I think even if we had a bit more wing to choose from, we'd probably still stay on this one for this track - it's working well."

Ricciardo said that, when taking the downforce off, the Renault car felt like it had better balance than when it is running larger wings. 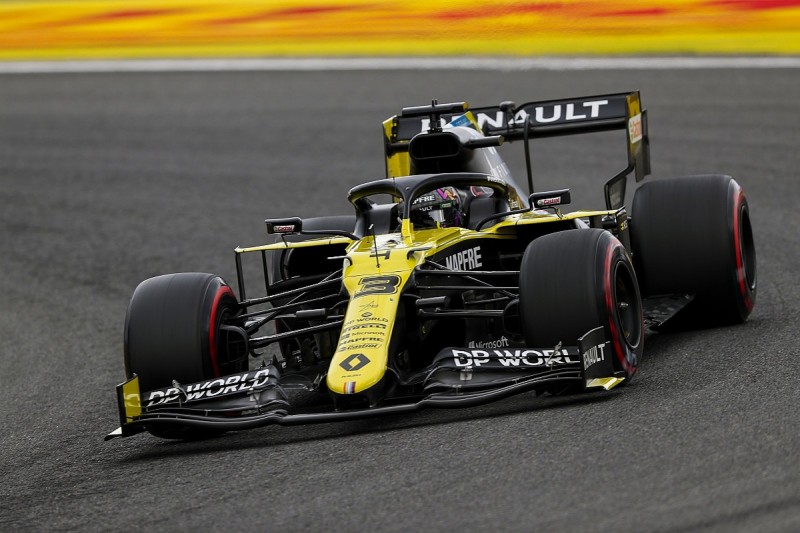 "Typically, it should feel worse as far as having less downforce, and should slide more and be a bit more uncomfortable," explained the Australian.

"But yeah, it doesn't always feel that way. It just feels like it's a little bit better balanced at times.

"I'm not saying there's more grip available. But, from the two front tyres and the two rear tyres, I feel like they're working together better in simple terms when we seem to put on a smaller wing - it seems it's a characteristic of the car for now."

Having been second fastest in Friday's second free practice session, Ricciardo admitted that the team had been nervous about its prospects for Saturday after fearing things had gone too well on the opening day.

"It's funny actually," he said. "Yesterday, the vibe was like it went too well.

"Everyone was like 'oh, we are second, you know, we're gonna be let down now tomorrow because even maybe seventh is not really good enough'.

Williams hopeful it can fight Ferrari on merit in Belgian GP