Ricciardo finished 32 points clear of Verstappen in the drivers' standings in 2017, but the latter suffered more reliability problems, particularly early in the season.

The two clashed in Hungary, after Verstappen locked up and ran into the side of Ricciardo into the right Turn 2 left-hander on the opening lap.

Ricciardo described the move as "amateur", and Verstappen later spoke to his team-mate one-to-one and apologised for the incident.

"The hot water in Budapest, that was a bit of a test," Ricciardo told Autosport.

"Fortunately he handled it well afterwards and apologised and did what he had to.

"So I feel like there is that respect for each other. Max matured a lot this year, on and off the track.

"On-track, he was more sensible. He was under a lot less scrutiny than he was last year.

"I feel like he also respects the competitors a bit more." 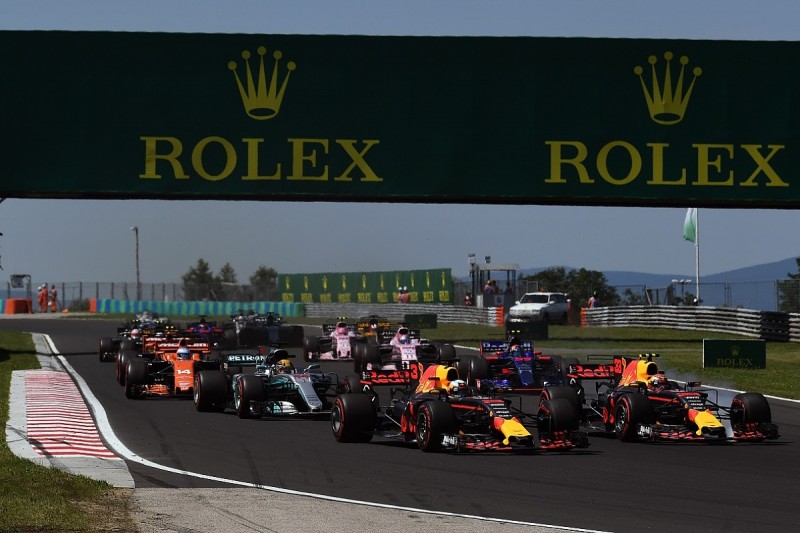 Ricciardo said he has no problem going wheel-to-wheel against with Verstappen in the future.

"We'd race it out," he said. "If things happened, we'd find a way to deal with it but I'd still say it's a good problem to have.

"If there is a bit of friction, I'd rather that than be fighting for sixth and have no friction."

Red Bull is yet to produce a title-challenging package during the V6 turbo hybrid era of F1 but, if it manages to rectify that this season, Ricciardo said his relationship with Verstappen "could" change if they found themselves fighting for the championship.

"I don't think it would ever get to a point like Lewis [Hamilton] and Nico [Rosberg]," said Ricciardo.

"That was a pretty special situation. It would only get to that point if we lost respect for each other.

"The races he won this year, I acknowledged it, said he was a better driver on the weekend or the day. And that was that.

"If I start saying it's because of this or the team gave him the better engine, then you'll create problems.

"If you're honest, acknowledge he did better and then find a way not to let it happen again!"