Having qualified seventh for the 87-lap race, Ricciardo believes the short lap time will make life hectic for the drivers, and will also put the pitwall under pressure to make the right decisions.

Ricciardo said that Saturday's eventful Formula 2 feature race gave him a good indication of how the grand prix might unfold.

"I think it's gonna put pressure on calls, whether it's safety cars or even when to pit," he said when asked about the effect on pit strategies by Autosport.

"And if it's a late call, then everyone's got to react pretty quick.

"I did watch the F2, it got pretty wild. I feel like there'll be moments tomorrow where you've probably just got to be patient, and don't get carried away, and kind of pick your moment.

"I think there will be, at times, lots of DRS trains.

"So that's probably where the patience is required.

"I don't know whether it's through strategy, or just probably using a little bit more tyre at the right moment to try and attack. But we'll see." 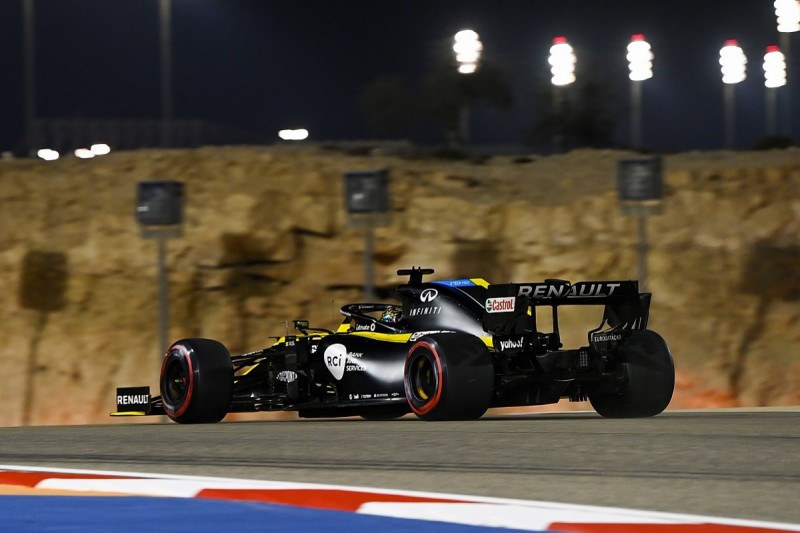 Asked if the unusual venue and absence of Lewis Hamilton created an opportunity he said: "Obviously, we're not F2, but I think they are sometimes a good read of maybe how our race could go, whether it's making a one-stop work tomorrow, or just being aggressive on a two.

"You've got George [Russell] up there. I'm not sure how many practice starts he's done, so you don't know how he's going to be off the line tomorrow.

"You've got [Charles] Leclerc alongside Max [Verstappen]. They've got a good little history together for their short time in F1!

"A lot could happen. I think there is opportunity tomorrow.

"The start is an opportunity to make positions; I think there's going to be moments tomorrow where it's like, 'alright, a few deep breaths, let's be patient,' and I think the race could also come to you."

Ricciardo admitted that he was disappointed to qualify only seventh, after a "mystery" loss of pace in the last session.

"In Q3 it just never really got going again," he said. "Just felt like we lost a bit of grip, and it was a bit more of a struggle.

"A few guys got a bit more time out of it in Q3, but I'd say the majority felt like their Q2 times were better. [It's] a bit of a mystery for now.

"I think seventh is OK, I feel like we got away with it. I think fifth was there, probably, but it can still be alright, though we're seventh."