Daniel Ricciardo says he has “no regrets” and remains proud of his time at McLaren despite his split from the squad at the end of the 2022 Formula 1 season.

McLaren and Ricciardo announced a mutual agreement to end the Australian’s contract early, having originally held a contract to take him to the end of the 2023 campaign, meaning he’ll leave the team at the end of 2022.

Ricciardo says the decision has come after “several months of discussions” with McLaren bosses Zak Brown and Andreas Seidl and he will announce his future plans soon.

“It’s been a privilege to be a part of the McLaren Racing family for the last two seasons but following several months of discussions with Zak and Andreas we have decided to terminate my contract with the team early and agree to mutually part ways at the end of this season,” Ricciardo said in a team statement.

“I’ll be announcing my own future plans in due course but regardless of what this next chapter brings, I have no regrets and am proud of the effort and work I gave McLaren, especially the win in Monza, last season.

“I’ve enjoyed working with everyone at McLaren both trackside and back in Woking and will be giving my all on and off track as we enjoy the remainder of the season together.

“I’ve never been more motivated to compete and be a part of a sport that I love so much and look forward to what comes next.” 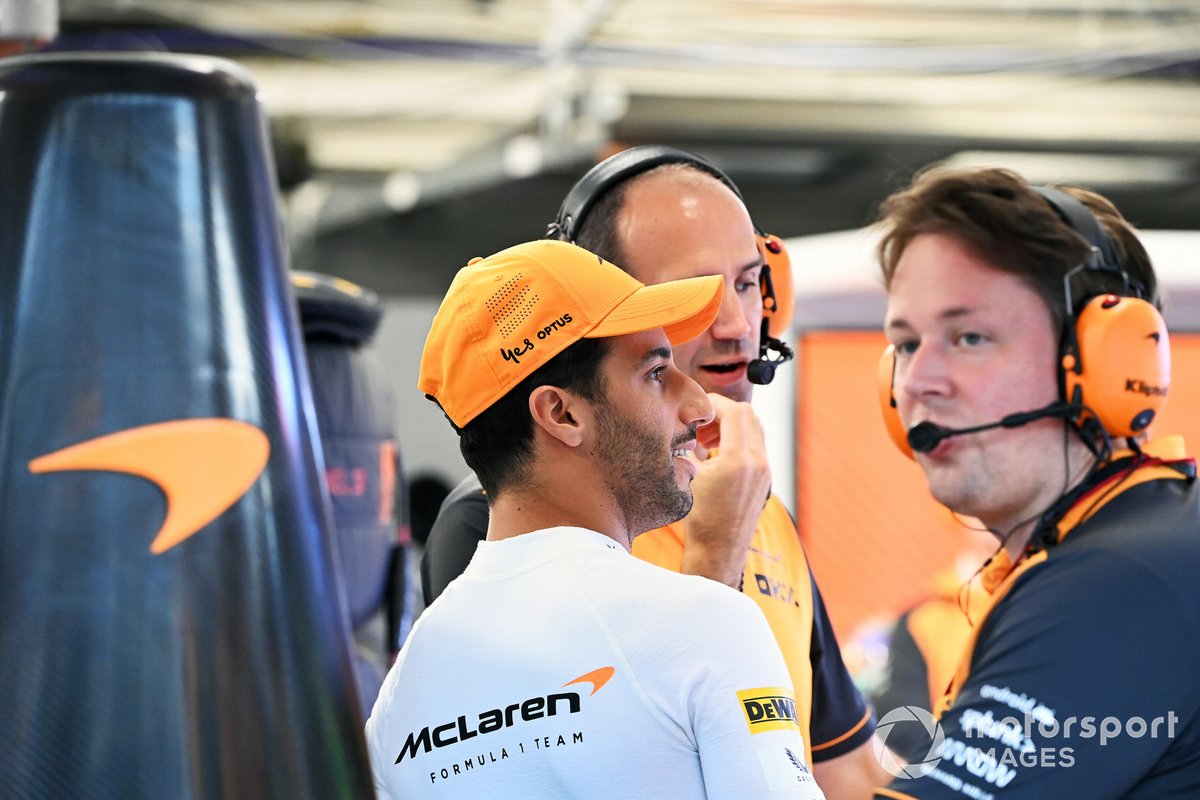 The announcement comes after weeks of speculation around Ricciardo’s future, with the Woking-based squad aiming to sign Oscar Piastri from next year. McLaren remains in discussion with Piastri amid his contract dispute with the Alpine F1 team.

“Daniel has been a great addition to McLaren, and it’s been a pleasure working with him,” Brown said. “I’d like to thank him for all of his efforts over the last two seasons both trackside and back at base.

“It’s no secret that we hoped we could achieve more together but seeing him stand on the top step of the podium as a McLaren driver was a highlight. We wish him well for the future and let’s go enjoy the rest of the season together.”

Despite a stunning victory at last year’s Italian Grand Prix, leading home a McLaren 1-2 ahead of team-mate Lando Norris, Ricciardo has struggled since joining the team in 2021 as he was unable to gel with the characteristics of the team’s car.

With the Australian’s difficulties continuing into this season, he has scored just 19 points compared to Norris with 76 points, and McLaren has slipped four points behind Alpine in the battle for fourth place in the F1 world constructors’ championship.

Ricciardo will see out the rest of the 2022 F1 campaign at McLaren as he assesses his options for next year.

Meanwhile, McLaren will continue its pursuit of Piastri, with Alpine currently fighting to keep him as it believes it has a deal in place for the youngster to race for it in 2023. The matter is set to be subject to a ruling from F1’s Contracts Recognition Board.

Flat Chat Podcast: Ricciardo parts with McLaren - what went wrong, what next?