Daniel Ricciardo insists he is not complacent about his Formula 1 future at McLaren, despite being told he has the full support of the team.

Speculation about Ricciardo's place at McLaren emerged over the Monaco Grand Prix weekend when CEO Zak Brown said that the Australian's results had not lived up to expectations and there were "mechanisms" that could result in them parting ways.

Although Ricciardo has a contract until the end of 2023, Brown's comments were interpreted as suggesting things could change for next year.

Speaking ahead of the Azerbaijan Grand Prix, Ricciardo said he had clarified things with Brown since Monaco and was assured that there was no change of plan.

But, despite being assured that his place was secure, he said there was no question of him feeling so safe that he was getting complacent about his seat.

"Absolutely not," he said. "There is a level of signing early in a season that gives you some comfort, but that comfort shouldn't be misconstrued with complacency. Absolutely not.

"It's as simple as this. My results, I want them to be better. I know that it can be better. And I want to enjoy that success with the team.

"So I'm not going to just sit back in 13th and be complacent or happy about that. Not at all."

Ricciardo said that despite comments that Brown had made, he and his bosses were fully aligned on sorting things out and building some momentum in to 2023. 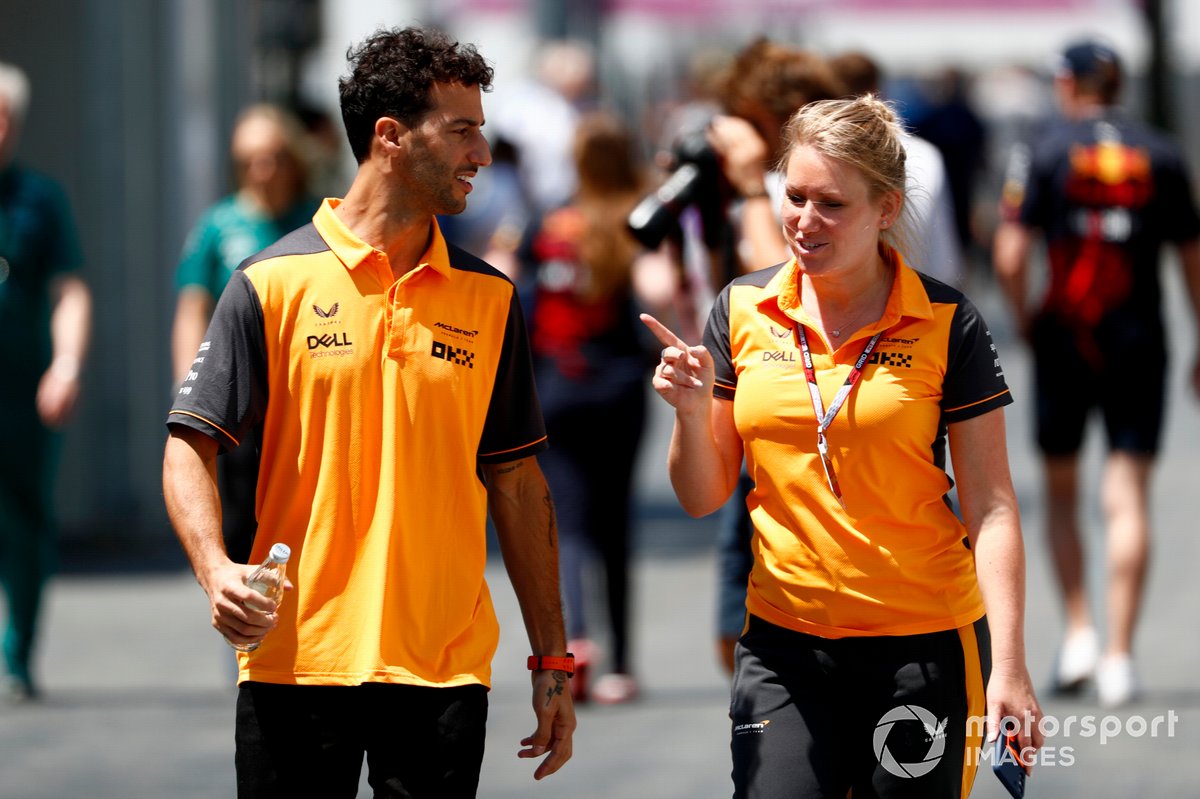 "We've spoke," he said, when asked by Autosport if he had discussed things with Brown since the media reports emerged. "We've had a catch up. I think nothing needed to be kind of elaborated on it.

"I think sometimes we, and I'm guilty of it as well, get caught up in the media and not always make total sense of things. But it is clear for us moving forward.

"My contract's clear with the team until the end of next year. I'm fully committed and I've certainly voiced that.

"It's obviously now just on track, to show it and show these moments and these races that I know I am capable of. And I do truly believe that I have the full support of the team and we want to do it together. "

While the tone of Brown's comments about Ricciardo over the Monaco weekend was a change of the team's previous stance, the Australian driver said he was not surprised by what was said.

"Maybe I kind of become a little bit immune to the media, I think being in the sport for so long," he said.

"I know that some things are taken out of context. So I'm not really one to like go into it and read too much and try and understand it. At the end of the day, I guess I know the facts between us and what I have with the team.

"So, simply, I don't get caught up with it. So no, I guess I'm not surprised with anything these days."