Daniel Ricciardo believes that "more forgiving" Formula 1 tracks will help to speed up his learning process as he continues to adapt to the McLaren MCL35M.

The Australian conceded that the lack of margin for error at the last two street events in Monaco and Baku gave him less opportunity to explore the limits of the car.

However, he feels that the run of three races in France and Austria – including two on consecutive weekends at the latter venue – will give him more leeway.

Ricciardo has struggled all season to adapt his driving style to the requirements of the McLaren, although he has made good progress in recent weeks.

"The frustrating thing is I kind of know what it needs," he said.

"But it is just so hard to just get it right. And it's just such a small window. So there'll be a lap where I can do it.

"But to repeat that 55 laps consecutively or whatever, that's where it's hard.

"And I think that's why I'm glad just to finish the race and keep trialling and erroring, and all that sort of stuff.

"So I'm looking forward to some open circuits, circuits that are a bit more forgiving of mistakes.

"And I think that'll probably fast track my learning in a triple-header just to keep some rhythm." 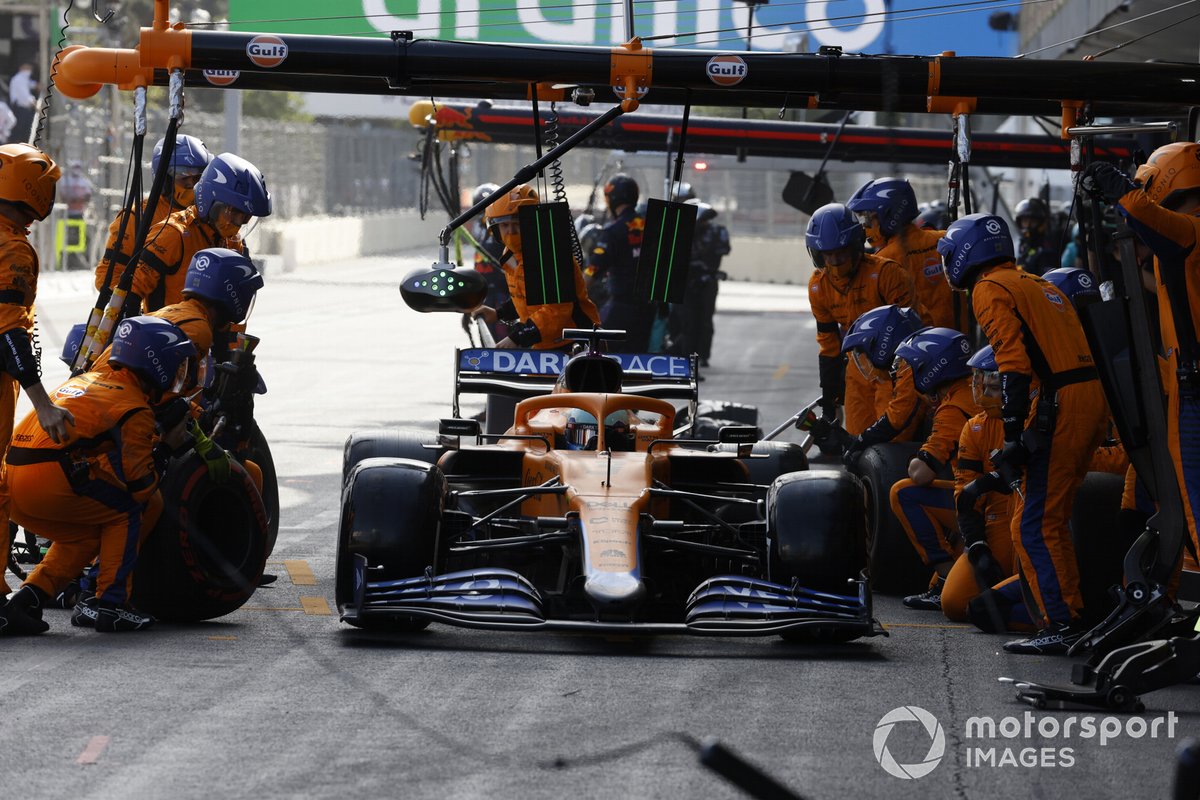 Ricciardo had a heavy crash in Q2 in Azerbaijan and started 13th, although he recovered to earn points with ninth place in the race.

"It's a street circuit, if you're going to push to the limit, then there's already a risk of things happening," he said.

"And then if I'm still trying to probably find where exactly the limit is, then the likelihood is obviously that bit higher.

"It's obviously a shame that it bit me in qualy, as opposed to maybe a practice, but at the same time, qualy is where you are trying to really peak everything you've learned from the car, and get it out of it.

"I can't believe I'm going to say this, but I'm kind of excited to go to Le Castellet, and just get obviously a fairly, I would say, basic track to maybe get away with a few more mistakes on.

"The kind of familiarity of that, and then I guess a doubleheader in Austria will hopefully make this kind of learning phase a bit easier. But it is what it is. It's obviously on a knife-edge, and I'm just trying to get the most out of it."