Renault announced last week that it would be holding a private test at the Spielberg circuit using its 2018 car, stepping up its preparations for the delayed start to the 2020 campaign.

Seven-time grand prix winner Ricciardo was the first to complete running in Austria for Renault, having recently returned to Europe after spending much of lockdown in Australia.

Ricciardo completed 115 laps of the Red Bull Ring as part of Renault's preparations for the new season, equating to 500 km.

The team released a short video clip of Ricciardo completing a grid start in the 2018-spec car, which donned the team's all-black testing livery.

The test will have given Renault a first opportunity to get to grips with the updated protocols set to be enforced for the opening races of the new season following the COVID-19 pandemic.

This includes team personnel wearing masks and adhering to social distancing guidelines where possible, with a more detailed plan set to be revealed by the FIA later this week.

Mercedes has already completed two days of testing at Silverstone to get up to speed with the new procedures, while Ferrari, AlphaTauri and Racing Point have also confirmed plans for running in the coming weeks. 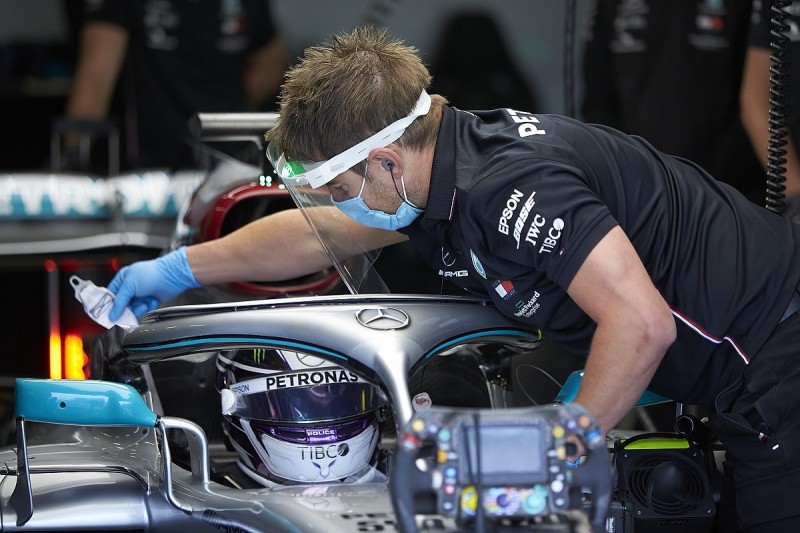 Renault will complete a second day of testing in Austria on Wednesday, with Esteban Ocon taking over from team-mate Ricciardo in the R.S.18 car.

Conducting running in Austria has obvious benefits given the circuit will host the opening two races of the 2020 season on 5 July and 12 July.

However, the decision was not taken for that reason alone, with quarantine restrictions in both France and the UK complicating plans to test at either Paul Ricard or Silverstone. Any staff travelling between the countries for a test would have been forced to isolate for two weeks upon returning.

Racing Point and AlphaTauri will both conduct filming days with their 2020 cars ahead of the season starting, running at Silverstone and Imola respectively.

Both tests will be limited to 100 km as per the F1 testing regulations.

Ferrari will complete a test at Fiorano with its 2018 car, the SF71H, with Sebastian Vettel and Charles Leclerc in the near future.