Daniel Ricciardo has dropped another hint about a possible Bathurst 1000 start, having spoken to McLaren Formula 1 boss Zak Brown about contesting the biggest event on the Supercars calendar

The Australian will make an off-season switch from Renault to McLaren next year, giving him a direct link to Supercars through Brown who is part owner of the Walkinshaw Andretti United Supercars team.

Brown has already floated the idea of a Ricciardo/Lando Norris wildcard entry at Mount Panorama, with Norris winning a Supercars Eseries events at the Circuit of the Americas during lockdown and admitting he'd like to have a test in real life.

WAU has a recent history of high-profile wildcard entries at Bathurst, having fielded a third car for Andretti Autosport IndyCar drivers Alexander Rossi and James Hinchcliffe in 2019.

Ricciardo himself has now dropped his own hint about a Bathurst appearance.

Having previously sampled a Kelly Racing Nissan Supercar at Calder Park back in 2019, Ricciardo told the Australian Grand Prix Corporation's In the Fast Lane podcast that he and Brown had already spoken about Bathurst - although a Great Race entry wasn't specifically mentioned.

"I've already had some conversations about Bathurst with him, actually," said Ricciardo. 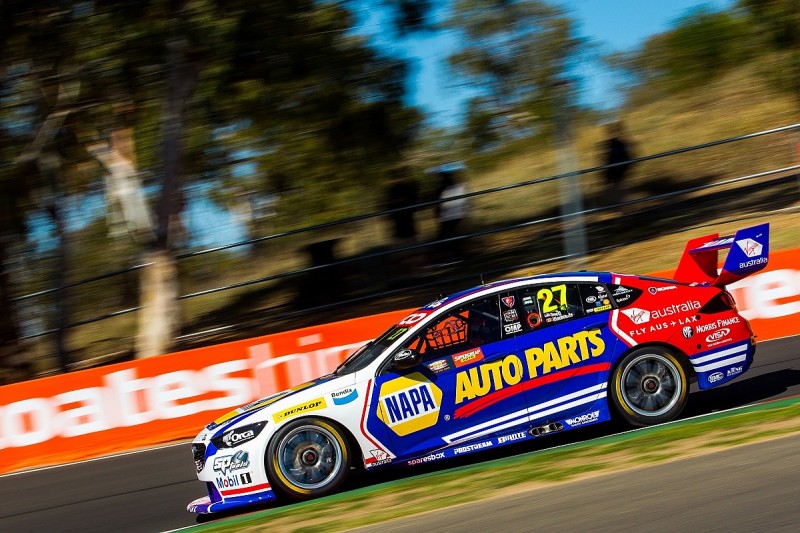 Ricciardo managed two podium finishes in his final season with Renault, following his equalling his third place at the Eifel Grand Prix at the Emilia Romagna Grand Prix as he finished the 2020 season fifth in the standings.

The 31-year-old's rostrum visit at the Nurburgring was his first since his victory in the 2018 Monaco Grand Prix, but after ending his long drought he forgot to do his customary 'shoey' celebration - although this was corrected at Imola, where race-winner Lewis Hamilton reluctantly joined in.

Discussing this on the podcast, Ricciardo explained his process for the 'shoey' and revealed that he autographed the race boot Hamilton had drunk from as a momento.

"What I do is I air them out, I keep those as little trophies," Ricciardo added.

"But I actually, because Lewis did his first, I signed the one he drank out of and gave it to him at the next race so he's now got something probably more meaningful than seven world titles."