In recent seasons – most notably during his time as a Red Bull racer – Ricciardo forged a reputation as one of F1’s best overtakers with a series of bold passes, often very late on approach to corners or from far behind another car.

F1 intends the switch to a ground effect-dominated formula to allow cars to run closely together this year – something that was a problem during successive design cycles in the championship’s modern era, but was particularly pronounced when F1 moved to the ultra-fast, downforce-laden machines produced between 2017 and 2021.

When asked if the new cars being able to follow closely – and therefore make passing easier because the gaps between the cars are reduced – might dilute his overtaking strength, Riccardo replied: “Hopefully it increases it!

“In years past, for sure I’ve still made some moves, but I haven’t like consistently every race been the guy doing the best move 20 times a year.

“And it’s kind of due to how the cars were at times – they were so fast, you braked so late and it was so hard to get close to another car. So, to kind of pull off moves was just tricky.

“So now, if this allows us to be closer and have a little bit more of a braking zone, I hope we have to brake a little bit earlier in these cars and buy ourselves a bit more distance to work with.

"I think that will promote not only more overtaking but more chance for the big D.R.I.C.C to come back!” 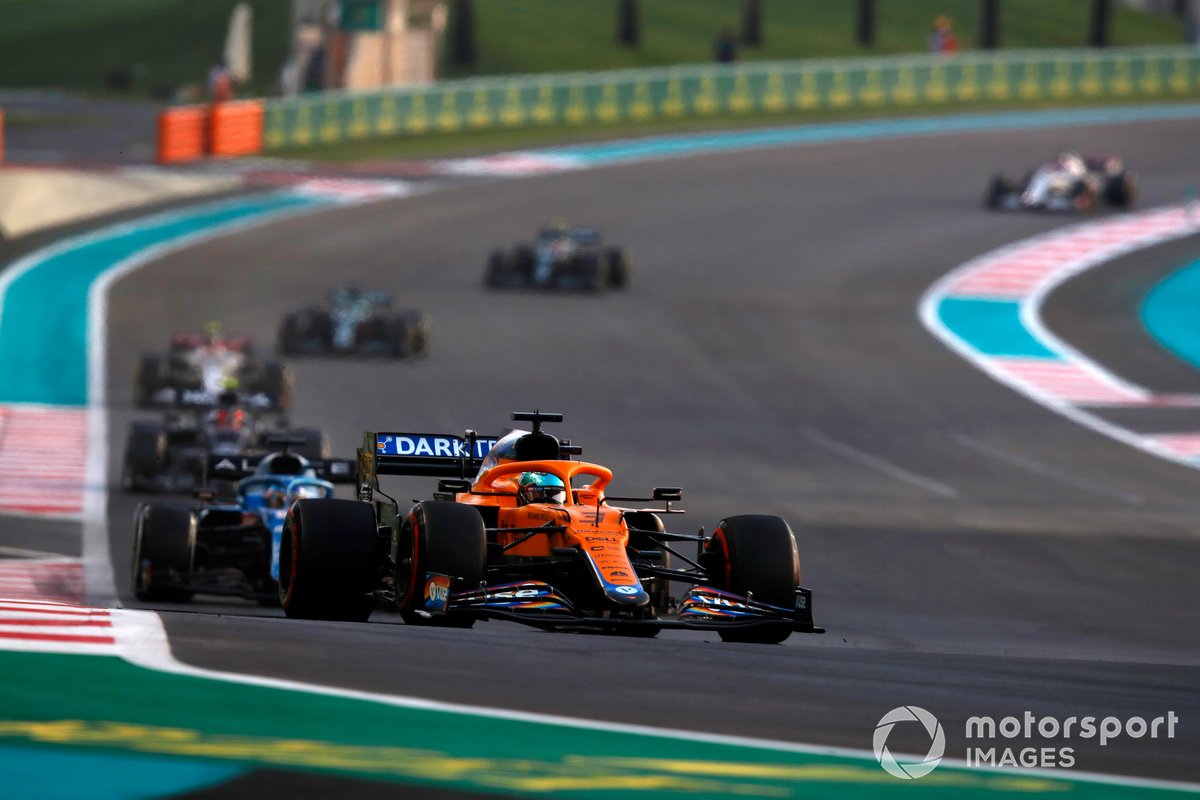 Ricciardo is heading into his second year with McLaren after switching from Renault – two years after leaving Red Bull at the end of 2018.

He struggled to gel with the British team’s final car built under the previous formula, but improved after a summer break reset and went on to win the Italian Grand Prix, which was McLaren’s first triumph in nine years.

Ricciardo is entering the second season of a three-year deal with McLaren, which recently extended Lando Norris’s contract through to the end of 2025 – which would result in the Briton completing his first seven seasons with the team.

Norris’s deal follows similar long-term commitments for young drivers, such as Max Verstappen’s at Red Bull and Charles Leclerc at Ferrari, while Ricciardo has switched teams regularly since departing as Verstappen’s team-mate.

Reflecting on Norris’s deal, Ricciardo explained that at 32 he’s “in a different place in my career”, and believes “a long-term goal like that, like that long term stability, is not something which I’m desperate for or need massively”.

He added: “So, we are in a different places. But I do think that McLaren extending their contract with Lando is a good thing.

“I think it’s a good thing for the team, but also for Lando. Not only were his performances great last year and he’s on a trajectory of getting better and better, but I know that he loves the team, and that’s a place he wants to be.

“That’s also the most important as well – you need to be in an environment where you’re happy.

“So, I think both sides now there’s a long term commitment, it’s a really strong thing – especially for a young driver.