Daniel Ricciardo admits that he has felt like "a passenger" at times during 2022 as he struggled to come to terms with the McLaren MCL36 Formula 1 car.

The Australian put in his best performance of the year in Mexico City last weekend, using a successful medium/soft tyre strategy that gave him the pace to charge up to seventh place – while negating a 10-second penalty for colliding with Yuki Tsunoda.

The race came just a week after one of Ricciardo's most disappointing outings of the season in Austin, where he finished a lowly 16th, 10 places behind teammate Lando Norris.

Ricciardo admitted that it was the first time he had felt so comfortable with the 2022 car.

"I guess better late than never," he said. "I'm going to take today for what it is, I'm going to enjoy it and appreciate that we did our pace and it was awesome and whatever.

"I hope it means that it'll be like that the next two races. Not to be negative, I don't even want to look ahead, I just want to take today for what it is. And hopefully we've learned something from it.

"Even the points finishes, even probably last year, I feel we were normally defending rather than attacking. So just to have an attacking race, and especially for me with this car to feel like I can attack a little bit more with it, it's just a nice feeling."

Explaining his turnaround in form, Ricciardo was pleased to bounce back in style after feeling so frustrated after the US race. 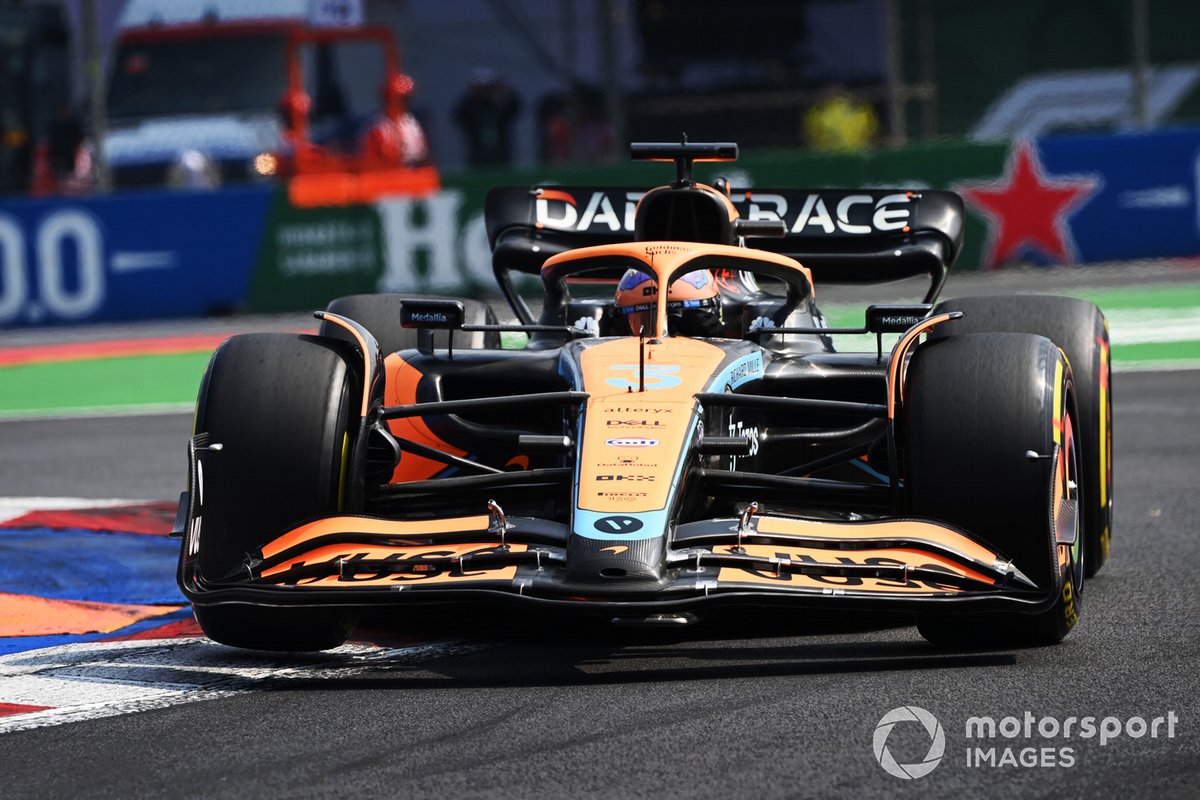 "It's just there's been a lot of times where I've felt a little bit like a passenger in a way, I just feel like I've worked with such little grip that no amount of talent is going to get the job done, if you know what I mean. So that's where it's just I felt a little bit helpless at times.

"So you feel like you can't show really anything that you've got, because you're just not operating on the level of the others. So today to kind of be able to at least lean on it and push and have pace and be a guy that's setting quick times makes me happy.

"I wish it could have been like this more often. But I'll take today and enjoy it, and I'm happy we've got a week off, so I can enjoy it for a week."

Asked by Autosport if he felt that he'd proved a point, Ricciardo said: "I still know I can [get the job done], it's hard when you can't do it week in and week out.

"It's a bit like [Sebastian] Vettel those last few races, he did phenomenal races, and then people are questioning, is it time to retire?

"I think all of us can still do it on our day. Obviously, it's just the consistency for whatever reason. But I still love it. And I still want to get to the front."