Daniel Ricciardo thinks Lewis Hamilton’s hard-fought wins in Formula 1 this year are helping silence doubters who questioned just how good he is.

Hamilton is locked in a thrilling duel with Max Verstappen for this year’s F1 title, and has won three of the first four races so far this season.

But the tight fight with his Red Bull rival has forced Hamilton to push to the max, and that has cast a fresh light on the contribution he makes to Mercedes’ success.

And, after years where critics have suggested that Hamilton only wins in F1 because of his car, Ricciardo is one who thinks perceptions are being changed.

“A lot of people are probably tipping their hat to Lewis,” said Ricciardo, speaking at the unveiling of the new Gulf livery that his McLaren team will run in next weekend’s Monaco Grand Prix. 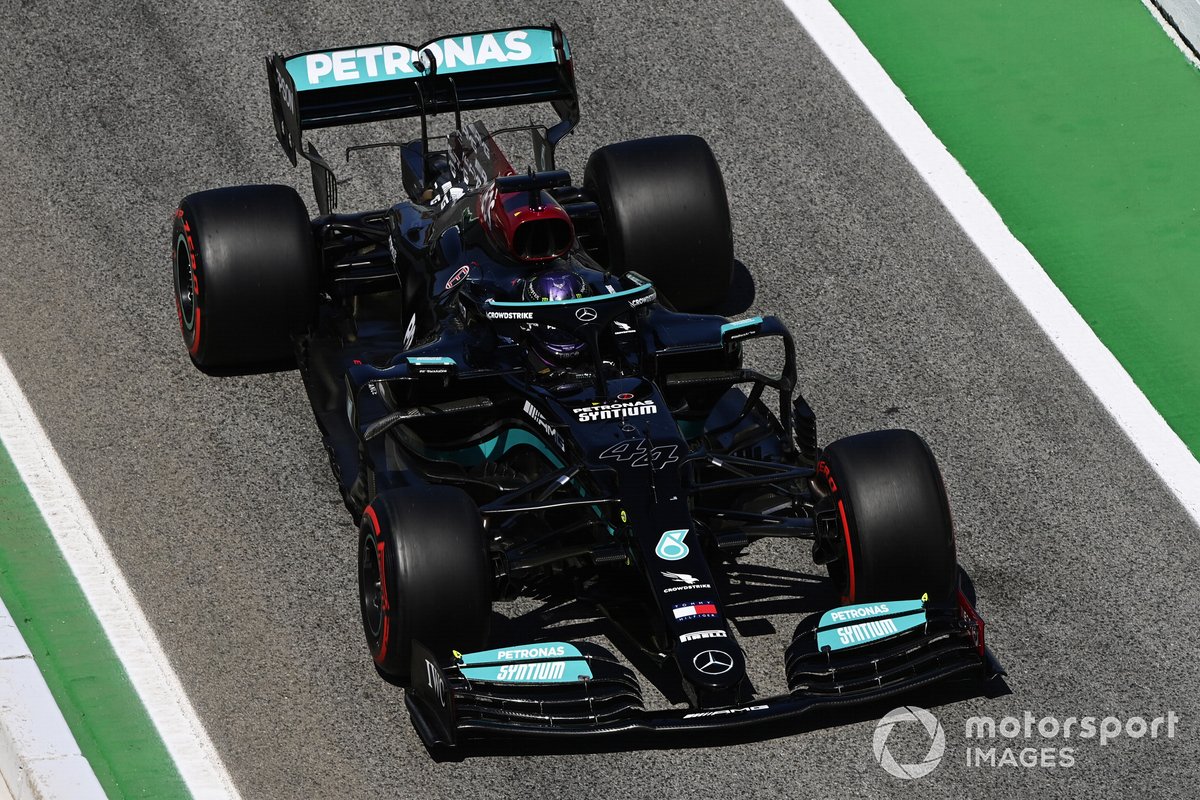 “He's getting it dished back at him and he's holding his ground. And, I guess, showing people that maybe doubted him, why he is as good as he is.”

Asked about who he thinks will come on top in the battle, Ricciardo said: “At this stage, you'd always, I guess, take experience.

“So if it was really down to the wire, then I think Lewis has showed some strong signs. But then again, if there's a gap, Max goes for it. That's why obviously I respect Max a lot.”

Ricciardo also sensed some potential mind games between the F1 title rivals in the wake of comments from Hamilton about how much he learned from Verstappen’s driving when following him at the Spanish Grand Prix.

“If it had been in qualifying, then he would have been able to see a different line that Max may be taking, or something like that,” said the Australian.

“So maybe that could be just a little bit of a comment to like, get some shout about nothing. Maybe it is a bit of a way to engage in some mind games.

“But, in saying that, you can learn a little bit. You do know if someone's rattle when you're the hunter.

“You can tell if, and I'm not saying this was that situation, but particularly pre F1, when you’re stalking someone, you can see when they're starting to slide the car more, lock a brake, or drop a wheel here.

“We obviously can't see them, but if you picture them without a helmet on, in that moment, their expressions would be tense.

“Perhaps he's referring to that. And maybe Max was like erratic. I don't know, but could just be something that's nothing.”