Daniel Ricciardo’s likely exit from Formula 1 at the end of 2022 is perfect proof of how drivers are only ever as good as their last race, reckons Carlos Sainz.

Following a disappointing two seasons with McLaren, Ricciardo is leaving the Woking-based squad at the end of this year after both parties agreed a mutual parting of ways to end their contract early.

PLUS: Why is Oscar Piastri F1's most sought-after rookie?

Ricciardo had originally hoped to be able to secure a race seat for 2023 but, with his options now dwindling – as only Haas and Williams are left with vacancies – admitted recently that he was facing up to not racing next year.

He has been linked with a reserve driver role at Mercedes for next season ahead of a push to land a seat on the 2024 F1 grid.

For Sainz, who was replaced at both Renault and McLaren by Ricciardo, the difficult situation is the prime example of how F1 drivers have to perform every time they are in a car – and they cannot simply rest on their laurels.

“Every driver knows this, because it happens to all of us in a lower scale at every race,” Sainz told Autosport.

“You're always as good as your last race unfortunately in this sport.

“If that gets amplified to a season, then you're only as good as your last season, and that's why Daniel is in such a difficult situation.

“No one remembers your good days, it only counts if you are half a second off in the last qualifying or the last season. And there's nothing we can do about it. 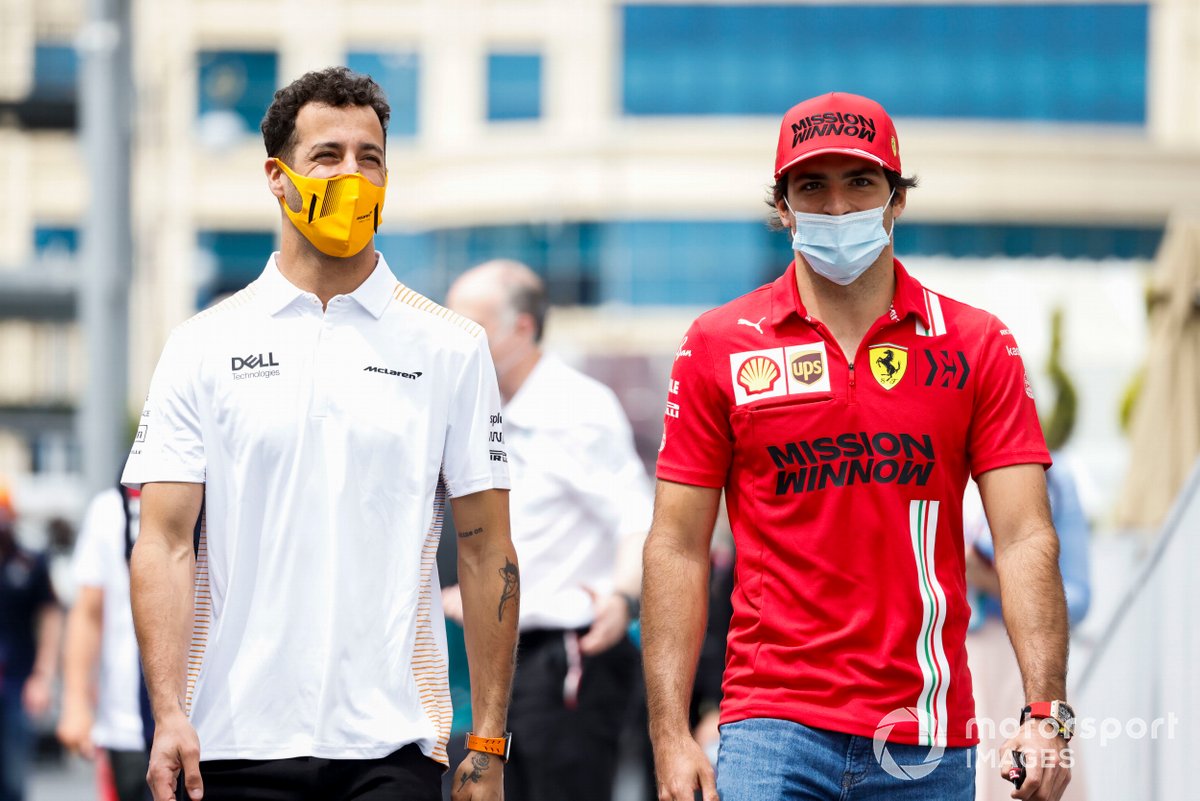 “When you win, you're a hero: your best weekend and you're the best driver in the world. No one is better than you.

“But then, when you are through a bad moment, it's a sport that is very tough.”

Sainz said he had a great deal of sympathy for Ricciardo, who had arrived at McLaren with an original three-year contract because there seemed little doubt about his potential for the team.

However, since struggling to get comfortable with the team’s cars, he has found himself overshadowed by team-mate Norris.

Sainz added: “I feel for Daniel because I know how good he is. I always rated him super highly.

“He found himself in a car and at a team that maybe he didn't find himself comfortable at, and that's enough for your career to start going through a different path.

“He might take a year off, he might not. But if he comes back in two years and he wins a race, no one remembers the two years with McLaren.