Daniel Ricciardo thinks drivers who abuse Formula 1’s gentleman’s agreement for qualifying should expect trouble to be dished back out to them in the future.

The spotlight on qualifying etiquette, where drivers are supposed to stay in track order in the final corners before flying laps, was thrust back into the spotlight in Austria last weekend after a messy Q2 session.

A number of drivers backed off to try to create a gap ahead of them, but other drivers were not so patient and jumped the queue – causing further hold ups.

It was such behaviour that triggered the incident where Sebastian Vettel blocked Fernando Alonso at the final corner – earning himself a three-place grid penalty in the process.

Vettel had been on team radio to say the situation ahead of the final corners felt like ‘carnage’, as he expressed annoyance at a number of drivers jumping ahead of him.

While some have called for the FIA to step in and impose some hard and fast rules, Ricciardo believes that drivers are more than capable of sorting things out themselves – and getting tough on those who don’t behave.

“I think at the end of day, like if someone's been a bit cheeky and taken advantage of the situation that we've agreed, then that driver or those drivers should maybe just expect a bit of shit to come their way at some point,” explained the McLaren driver. 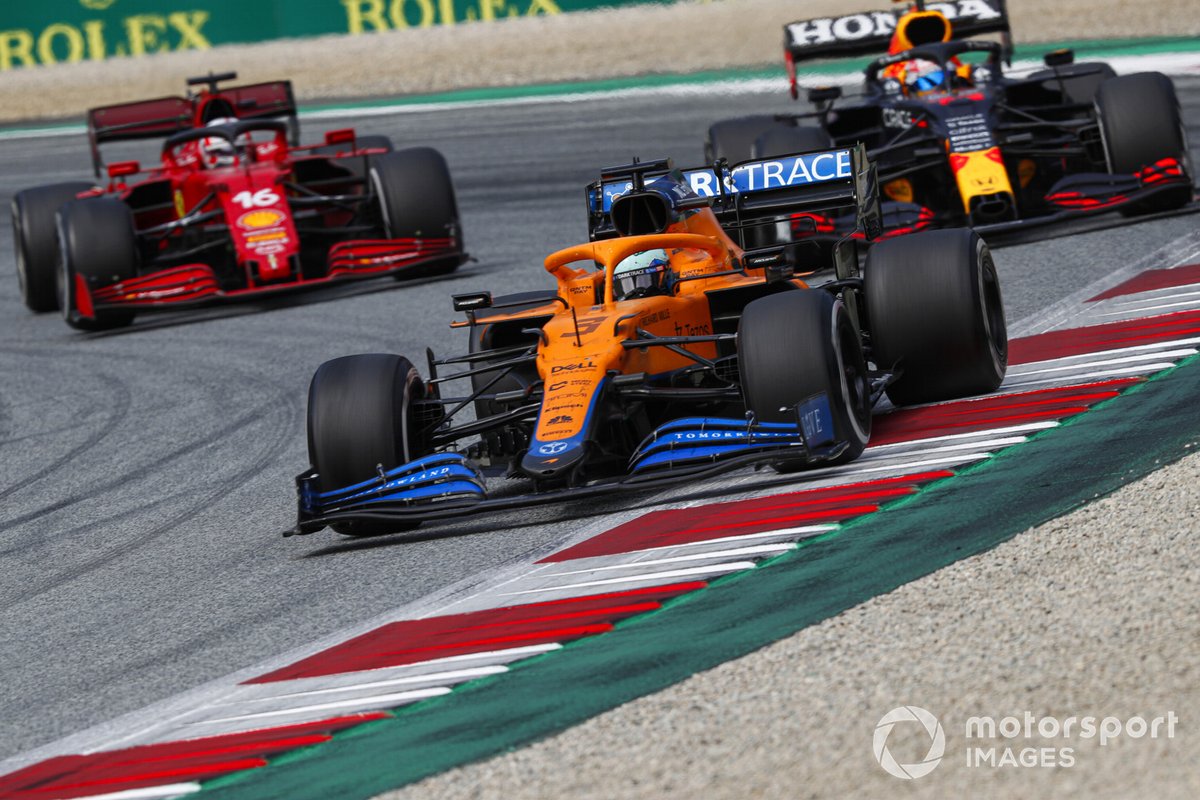 “That's the decision and the choice they make, so I'm happy for us to sort it out our own way.”

Ricciardo’s teammate Lando Norris admits that the situation is an extremely difficult one, but thinks it unfair that often those who abide by the agreement are often the ones who then end up being put in tricky situations with traffic.

“At some places it's fine, and you don't even have to speak about it, but when people don't want to go first, that's what the issue is,” explained Norris.

“Then you get people overtaking you in to the last corner, and that's what screws everything up.

“I don't know if a rule needs to be in place, but maybe it does because people can just get caught out for no reason.

"For doing the correct thing, they can get screwed over and caught out, which isn't fair, in my opinion. But we're going to speak about it at the next drivers' briefing.”