McLaren Formula 1 driver Daniel Ricciardo says he didn't underestimate the time it would take him to adapt to his new car, vowing to stay patient as he gets up to speed.

Ricciardo, who joined McLaren this off-season from Renault, has so far struggled to match teammate Lando Norris on pace in 2021's first two F1 weekends.

At last weekend's Emilia Romagna Grand Prix, Ricciardo was asked to move over for Norris in the fight for fifth, with Norris going on to take a podium while Ricciardo remained in sixth.

Speaking after his second race with McLaren, Ricciardo said he didn't underestimate the time it would take him to get up to speed with the Woking team, having had the same issue when he initially moved to Renault from Red Bull.

"I don't think I underestimated it," Ricciardo told Sky Sports F1. "You know, I was well aware of this when I transitioned from Red Bull to Renault.

It's, I guess, unfortunately just going to take a bit of time. But you know, the season's long. I think it's only race two.

"Of course, I want to be quicker already but if I look back maybe on race seven and I look back at race two, I'm probably just giggling. Panic not, I'll just work at it." 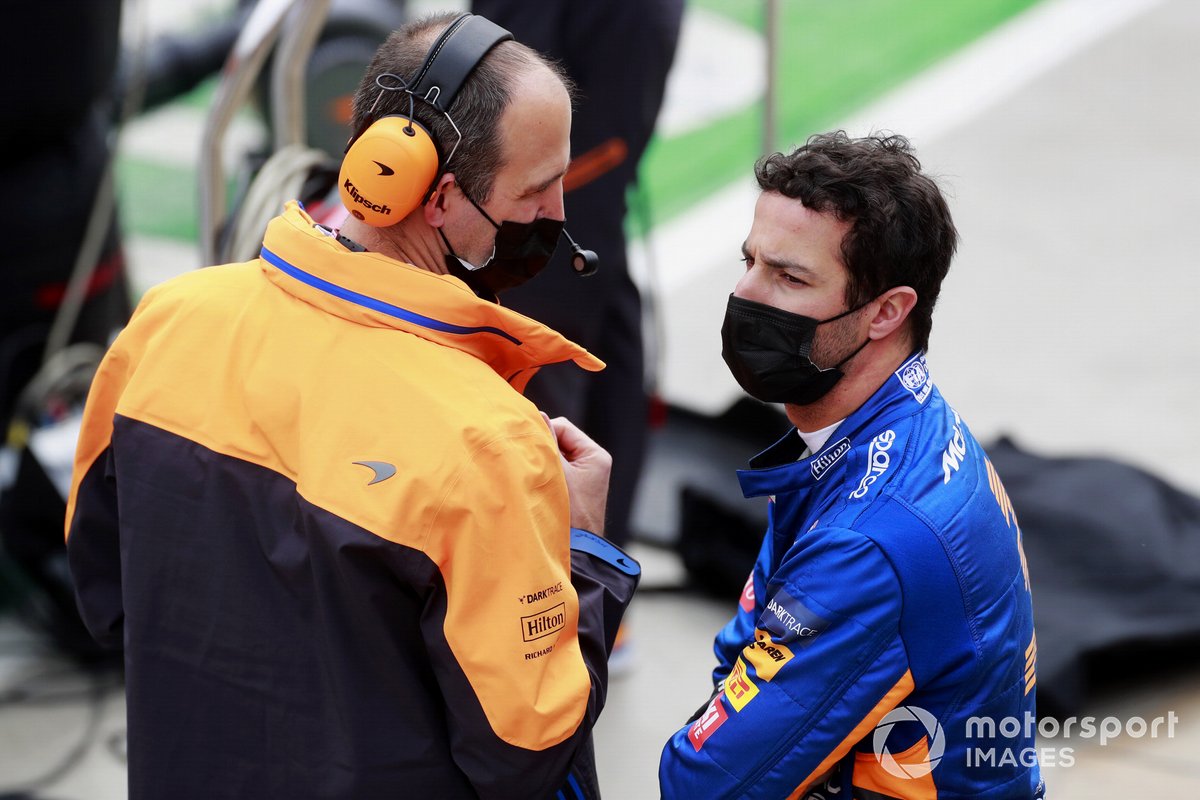 Carlos Sainz, the man Ricciardo replaces at McLaren, faces similar struggles at Ferrari and believed his progress was just a matter of "more experience and more laps", which wasn't helped by the cutback on pre-season testing from six to three days.

Ricciardo's team boss Andreas Seidl said his new driver's quiet start wasn't a surprise given the lack of testing but backed the Australian to find the limit within the next couple of race weekends.

"We know it's not just straightforward to jump from one car into another one, when you only have one and a half days of testing," Seidl said.

"These cars are complex and then to find these last two, three, four tenths when you're really not comfortable to push these cars to the limit, that's not that straightforward to find and get out of these cars. That takes time.

"But this isn't a surprise. That is part of the process of integrating a new driver.