Willy T. Ribbs believes that Formula 1 is "lightyears" ahead of American motorsports in improving diversity, praising its drivers for "manning up" in their recent anti-racism messaging

Ribbs, 65, was the first black man to drive an F1 car when he tested for Brabham in 1986 (below), and went on to break similar ground at the Indianapolis 500 when he qualified for the race in 1991.

Amid ongoing activism around the world condemning racism in recent weeks, there has been a big focus on improving diversity within motorsport, chiefly led by Lewis Hamilton.

Hamilton became the first black full-time driver in F1 in 2007, and has gone on to become one of the most successful drivers in its history, as well as being the most prominent voice in its recent efforts to condemn racism and make the sport more diverse.

A number of drivers have taken a knee before each of the opening three races of the 2020 season, led by Hamilton, who is calling for a greater platform for F1 to convey its message.

Ribbs has been a guest of Hamilton at the United States Grand Prix in recent years, and stressed the importance of the Mercedes driver's leadership in F1's diversity push, saying it helped the sport stand out from American series.

"Formula 1 is lightyears ahead of anything that America is doing, lightyears, to this moment," Ribbs said on F1's Beyond the Grid podcast.

"I think what that young man is doing is fabulous. Formula 1 is a worldwide sport, a huge platform.

"Lewis put it all on the line, and I'm watching these other drivers in Formula 1, all these young drivers, they're all manning up. They're manning up and doing the right thing. 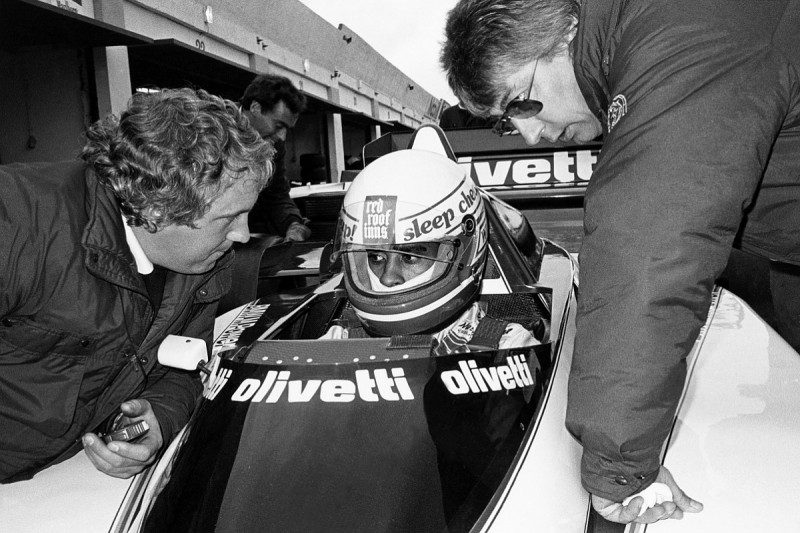 Mercedes has switched to an all-black livery for the 2020 season in a strong anti-racism message, while F1 has launched a new 'We Race as One' campaign, targeting a more inclusive and diverse sport.

But Ribbs said Hamilton's messaging and profile was important to enacting real change in F1 and making it more diverse, something he felt was key to its "survival".

"[Hamilton] can change a tonne. I would like to team up with him on that. Lewis ran into a lot of opposition, but he didn't get death threats. I know a little bit of how rough it is.

"I think the sport now sees here's a great opportunity for it to really expand its base. Keep that momentum going. Bring on the next Lewis Hamilton.

"Formula 1 has got drivers from all over the world, from different countries. Formula 1 looks progressive. None of the other sports do, despite NASCAR having Bubba Wallace.