Renault has promised to drop its "conservative" mindset for the 2018 Formula 1 season to find more qualifying performance, and says it has been 'too fair' over oil burn tactics

Though Renault has made progress this year, it cannot produce the same amount of extra power for qualifying as rivals Mercedes and Ferrari.

Its F1 managing director Cyril Abiteboul admitted Renault has played it too safe.

"It is something that is completely counter-intuitive for engine people: to accept to create performance to the detriment or expense of reliability," Abiteboul said.

"It has never been the philosophy of Renault to do it like that.

"We have always been in the history of Renault in F1, in terms of engine development, on the conservative side when it comes to developing performance.

"I think it is still a handicap. We are trying to pull ourselves from that philosophy, but it is a big change of mindset that will be coming with the new people who are joining our organisation."

Abiteboul also expects Renault to benefit from the regulatory clampdown on 'oil burn'.

"The regulations are going to change and it is going to be a bit more draconian on oil combustion," he said.

"Again that is our style, to be extremely fair in our interpretation - maybe sometimes a bit too much.

"So maybe we will be supported by that evolution of the regulations into our catch-up exercise on qualifying modes." 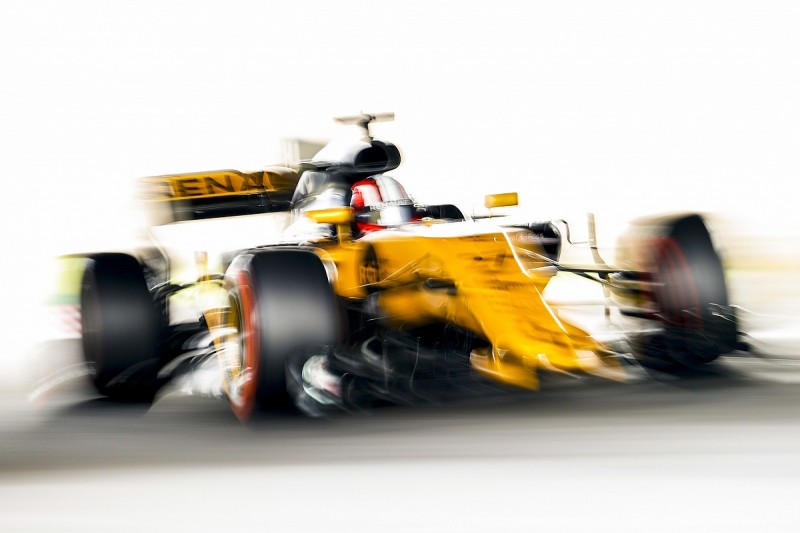 He said the gains Renault was finding on its dyno in Viry were "performance that will be available at any moment" but "we are still handicapped by whether we can allow ourselves to create performance at the expense of reliability - which is what I believe what we will need in order to catch up on Saturday".

Abiteboul believes Renault's race pace deficit is "between two and four tenths" per lap, while in qualifying it is "something like half a second" off Mercedes.

He called the race gap "the type of deficit which the best chassis are able to handle", but admitted "I cannot describe a similar situation for Saturday" and acknowledged the Renault engine's Malaysian Grand Prix win owed a lot to Red Bull's chassis progress.

"You have a Red Bull team that, after some difficulties at the start of the season has managed to maybe create the best chassis out there right now, and they are managing that power deficit and it gives them the ability to win," said Abiteboul.

"But it is no different to actually our situation when we won the championship back in the V8 era.

"Our engine was not the most powerful on the grid, but we managed to make it work all together.

"They created a fantastic chassis and we managed to win four titles in a row."