Magnussen was involved in a heavy crash in the early stages of the race at Spa after losing control of his car at the top of Eau Rouge, before plouging into a barrier at Raidillon.

With the race in Italy the following weekend, Renault was forced to use a spare chassis on Magnussen's car, while sending out another to use as a back up.

The engine in the car from the crash was returned to Viry for checks to see if it had sustained any damage, and with none being discovered it can be re-used at a forthcoming event.

Chief technical officer Bob Bell said: "It's likely we'll run Kevin's Spa power unit on Friday in Singapore or Sepang as it looks like there was no serious damage to it in the accident."

Bell feels the performance and reliability of the engine this season has been a positive for the team in an otherwise difficult season on Renault's return to F1 as a works outfit.

"One of the real success stories of this year has been how strong the power unit has been," said Bell.

"That's not only through being able to exercise enhanced performance, but in the reliability we've seen. It's been a tremendous job from everyone in Viry." 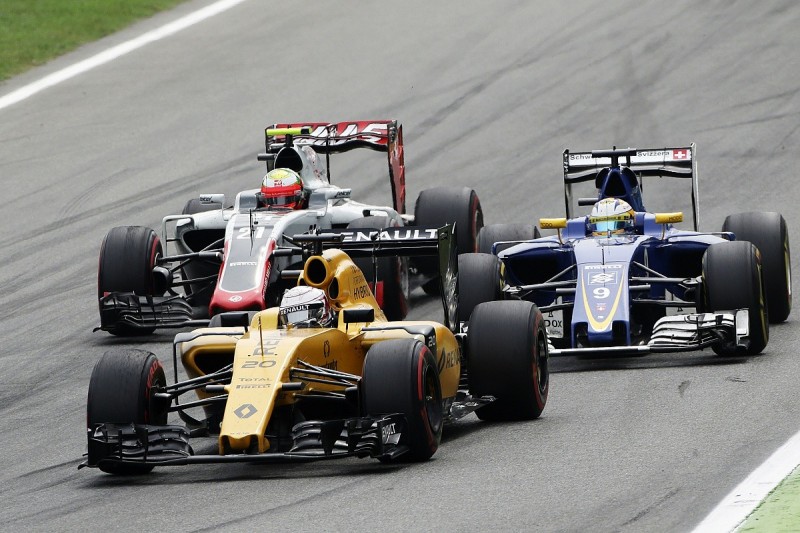 With Renault's weaknesses exposed at Monza given the low-downforce, high-speed nature of the circuit, managing director Cyril Abiteboul feels the Singapore Grand Prix will prove to be more positive for his team.

"We are looking forward to the final part of the year and visiting tracks that should play to our strengths a lot more," said Abiteboul.

"In previous races, and particularly in Spa, we've shown the performance potential is there, but sadly we haven't had the opportunity to convert that into results through various incidents.

"Singapore's twists, turns and short bursts of acceleration should give us the platform we need to finally get onto form."