Ricciardo qualified eighth at the Marina Bay track but was reported to the stewards by FIA technical delegate Jo Bauer Following the session as it had been detected that Ricciardo's car had exceeded the MGU-K power limit of 120kW during Q1.

Renault made it clear in a statement released on Twitter that the power spike created an advantage of just one microsecond - a millionth of a second - and pointed out that it did not occur on the lap that got Ricciardo through to Q2.

after he benefitted from an advantage measured at one-microsecond due to a kerb hit that caused his MGU-K to overrev on his slowest lap of Q1. The decision will therefore not be appealed. [2/2]

After meeting team representatives Alan Permane and Remi Taffin and hearing Renault's explanation, the stewards announced that Ricciardo had been excluded from qualifying.

They cited previous technical infringements when no advantage was gained as precedents, and as a result Ricciardo drops to the back of the grid for Sunday's race.

"The [stewards'] decision goes quite far into detailing that there was absolutely no advantage," Renault team boss Cyril Abiteboul told Autosport.

"We are not challenging the fact that there was a bit of an over-rev when we hit the kerb. It's the first time in Singapore that [has] happened." 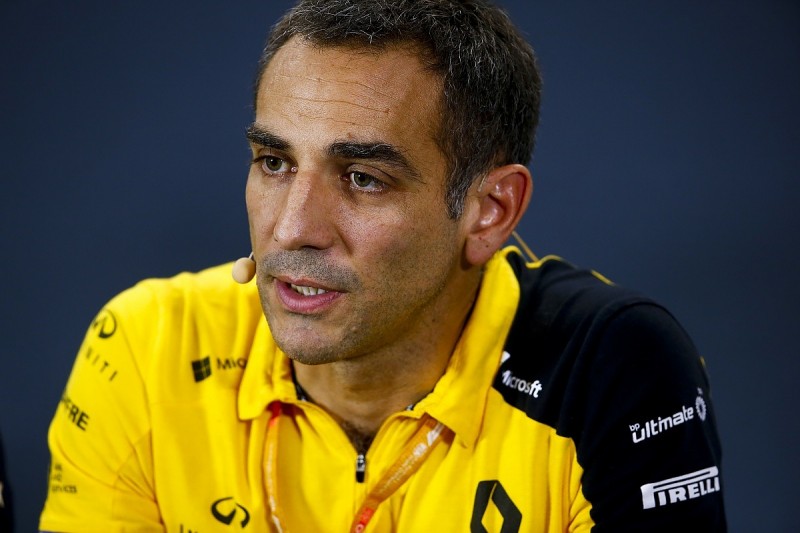 Abiteboul said Renault has taken measures to avoid a repeat of the issue in the race, but added that the manufacturer still needs to investigate the problem and come up with a longer term fix.

"We don't know, maybe there is a system to review, and we will investigate that," he said.

"We've got some contingency measures to prevent that from happening.

The FIA has subsequently revealed that Ricciardo will use a new MGU-K and control electronics for the remainder of the weekend.

This is an additional element beyond the seasonal limit, which Ricciardo has previously exceeded anyway, and makes no difference to his position at the back of the grid.