Although the manufacturer is currently fourth in the constructors' championship, it is not yet clear of the chasing pack - especially the fast-recovering Haas.

Renault has now introduced the new front wing as it pushes to escape the chasing pack, and hopes the part will provide its drivers better aerodynamic balance.

Describing the new part, technical director Nick Chester said: "It's just got a slightly different characteristic, so it will change the bias a little bit between corner entry and in the medium-speed versus high-speed corners."

Renault's new wing features a new approach, with its adjustable section much shorter near the inboard end. 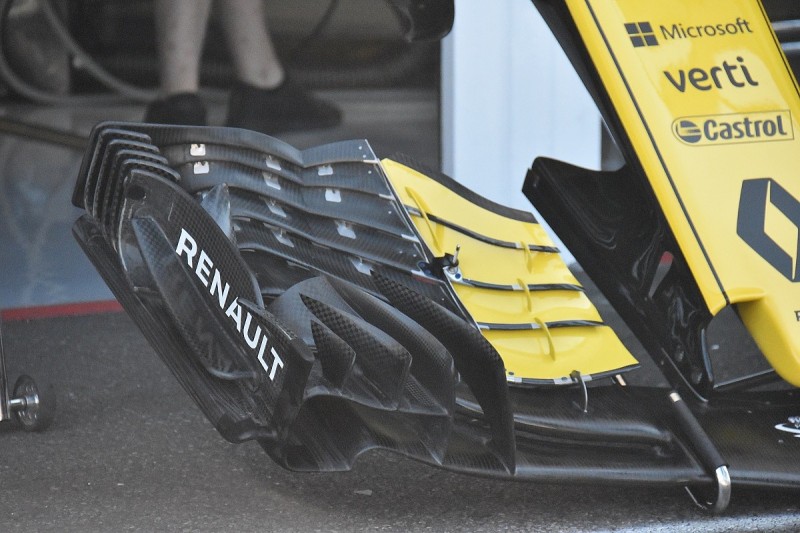 This means that only a very small area of the wing is affected by flap adjustment, allowing the airflow guided by the outer section to be less affected by changes.

The latter part of the endplate has also been split into multiple sections, in order to make sure the airflow being outwashed is worked harder.