Multiple sources with good knowledge of the situation have revealed the Ricciardo bid happened during the complicated negotiations that allowed McLaren and Toro Rosso to swap their Honda and Renault engine supplies for next year.

Renault has been on the hunt for a new team-mate for Nico Hulkenberg next year, and sensed a good opportunity to get one of Red Bull's roster in exchange for letting Toro Rosso switch to Honda.

Although Red Bull has ultimately agreed to release Toro Rosso's Carlos Sainz Jr for 2018 - on the proviso that he could be brought back for the following year if he is needed - it has emerged he was not the only driver Renault targeted during talks.

Sources have revealed that at one stage, as discussions reached a crunch point for the engine changes to go ahead, Renault made a bid to get Ricciardo instead.

Ricciardo's form against Max Verstappen makes him one of the key players in the future driver market, especially with his contract at Red Bull coming to an end after next year. 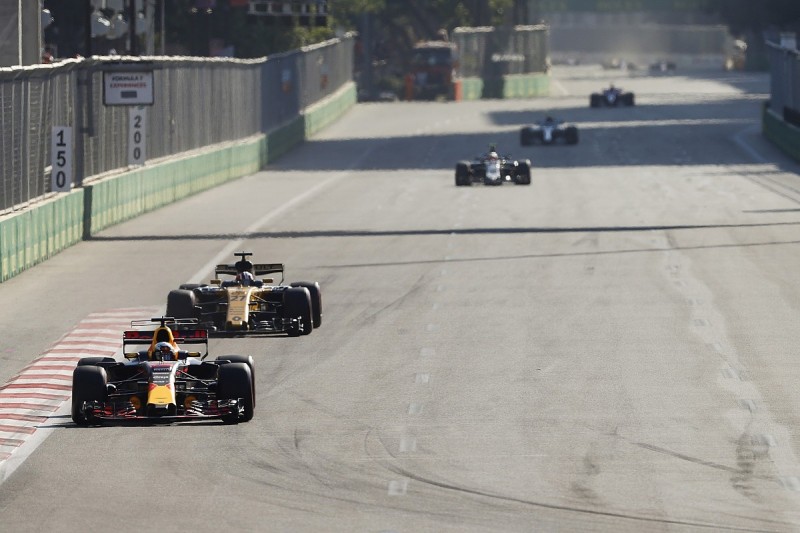 But with Red Bull well aware of Ricciardo's strengths and having no interest in letting him go, in the end Renault gave up its pursuit and focused efforts on Sainz instead.

Red Bull gave its blessing for Sainz to move to Renault, although there has been no final decision on when Sainz will make the team switch.

Renault has been pushing to get Sainz in the car as early as possible, potentially from the Malaysian Grand Prix - with his place at Toro Rosso then taken, at least in the short term, by Red Bull junior and 2016 GP2 champion Pierre Gasly.

But Renault's current driver Jolyon Palmer is standing firm over the contract he has in place, and unless the two parties reach a compromise deal and agree to part ways there is no way open for Sainz to be slotted in.

Palmer was in a defiant mood in Singapore on Thursday when asked about his future situation, and the prospect of losing his seat from Malaysia.

"I have a contract. I've got seven more races this year," he said.

"There have been suggestions for the past 35 races that I might not be at the next one, or in the next few, so this is nothing new for me.