The French manufacturer is returning to F1 as a works entrant for the first time since 2011 after completing protracted negotiations to take over Lotus.

Renault Group CEO Carlos Ghosn said the team will be known as Renault Sport Formula 1 team as part of a rebrand of the outfit's motor racing activities.

"The team has been given the goal to be on the podium within three years," said Ghosn.

Jolyon Palmer and Kevin Magnussen were officially unveiled as the team's race drivers, with Esteban Ocon confirmed in the reserve role.

Magnussen was a late replacement for Pastor Maldonado after his sponsor PDVSA tore up the contract it had signed over a dispute with Renault.

The car, which will be called the RS16, was unveiled in a mainly black livery that it will use for testing, but the team hinted it may change by the season-opening Australian Grand Prix. 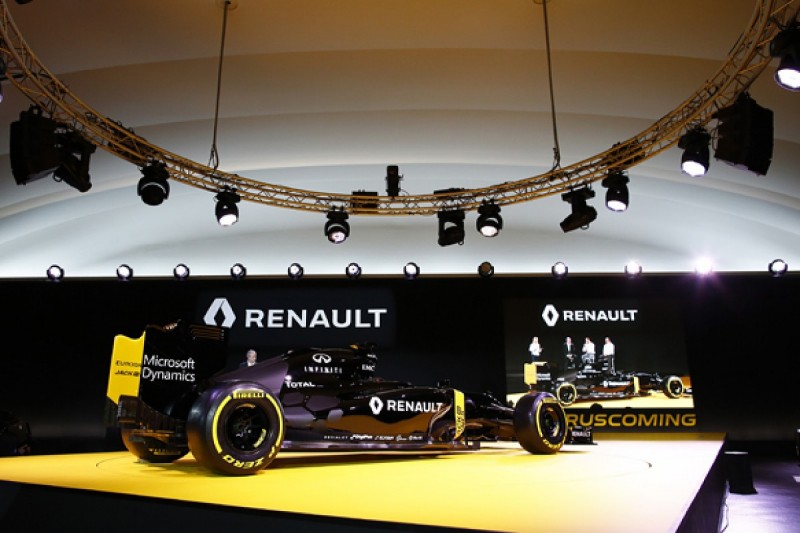 The questions Ferrari must answer