Last month's Spanish Grand Prix - the previous F1 race on a conventional circuit - was disappointing for Renault, which was outpaced by 'best of the rest' rivals Haas and McLaren in qualifying.

Carlos Sainz Jr then finished a lapped seventh, while Nico Hulkenberg was taken out in a first-lap pile-up.

Technical director Nick Chester said the understeer problem was the key weakness of Renault's 2018 car, but that the team believed it had a solution.

"We struggle with a little bit of high-speed understeer and you go to Barcelona and that's going to be hard and it's going to be an extension of that problem," he said.

"We know how to solve it, it's just a long development to get bits to the track.

"We knew it would be a problem, and we've got a few bits coming for that kind of circuit in the second half of the season.

"We've got a fair idea [of the solution], it's just waiting for the specific parts that are going to help us, and they're due around Montreal time." 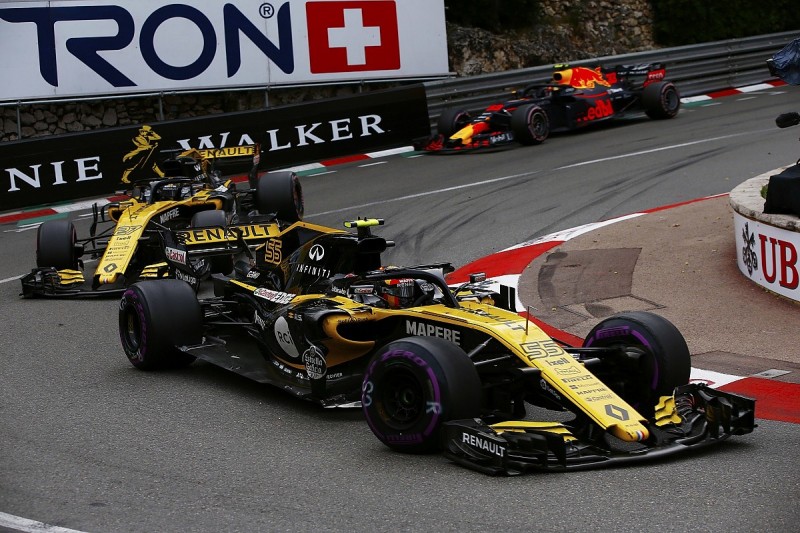 Renault has scored points in every grand prix this season and recently moved ahead of McLaren into fourth in the constructors' championship.

Its double-points finish in Monaco last time out inched it six points in front of McLaren, and it is now 20 clear of Force India with Haas and Toro Rosso both a further seven points back.

"It's positive that we're looking competitive and scoring points at the past few races," said Sainz.

"Now it's about building on this consistency and placing ourselves higher inside the top 10."