The Renault Formula 1 team has been hit with a suspended €10,000 fine for a rare tyre error during Hungarian Grand Prix practice on Nico Hulkenberg's car

Hulkenberg used three tyres from a set that Renault had nominated to return after first practice, which breached F1's sporting regulations.

The team was summoned to the stewards, who dished out a €10,000 fine that is suspended until the end of the season providing Renault does not commit another tyre usage violation.

Renault chassis technical director Nick Chester characterised the error as "finger trouble", while the stewards accepted it was a genuine team error.

The stewards' report said that Renault had mixed two left-front tyres from two different sets in the garage, which meant a mixed set of ultrasofts was used in practice one.

Hulkenberg then stopped on circuit during the session after an energy store failure.

This meant the tyres were not scanned in the pits by scrutineers, so the error of using a mixed set was not discovered after the session.

Renault then returned a set of tyres after first practice, as per the rules, but three of those tyres were meant to be used in the afternoon session.

The team reported this to the scrutineer when they were scanned and the stewards said it took this, plus the lack of an advantage gained given no extra tyres were used overall and it was the same compound, into consideration when issuing the fine. 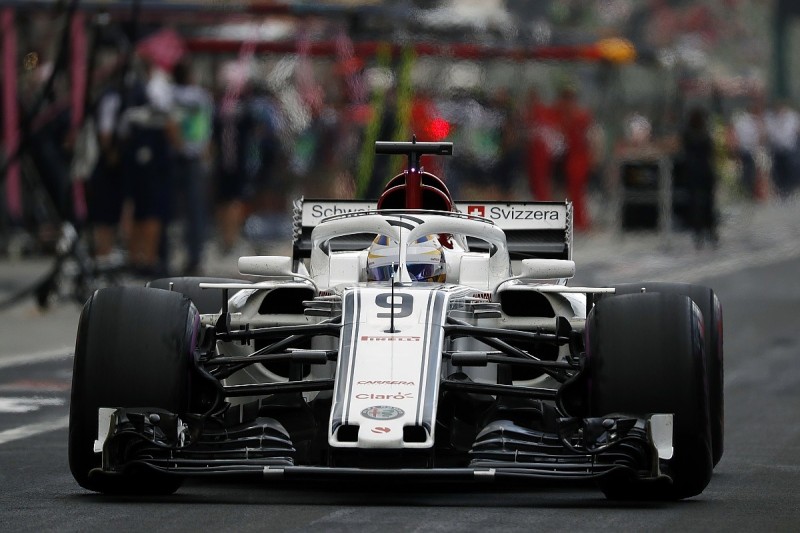 Sauber was also slapped with a fine after practice, which the Swiss team will actually have to pay.

The stewards gave it a €5000 fine for releasing Marcus Ericsson with a wheel not attached properly.

As the team called him over the radio immediately to stop the car, which Ericsson managed before the end of the pitlane, the stewards opted not to apply the grid penalty that can be issued for such an infringement.

They deemed the fine was appropriate and consistent with similar offences.