Renault Formula 1 managing director Cyril Abiteboul says his team is not in Formula 1 "to make friends", amid criticism over the potential signing of former FIA man Marcin Budkowski

It emerged last week that Renault was set to employ Budkowski after his resignation from the FIA, where in his role as F1 technical chief he had privileged knowledge of developments teams were planning.

Although he drew short of confirming Budkowski's signing, Abiteboul made clear Renault plans to go on the offensive with recruitment to hit its target of championship titles over the next few years.

"It is at one time far away, but given we know what needs to be done, if you look at the 1.0-1.5 second gap between the midfield and the top teams, it is a big jump.

"In this sport you are not here to make friends. 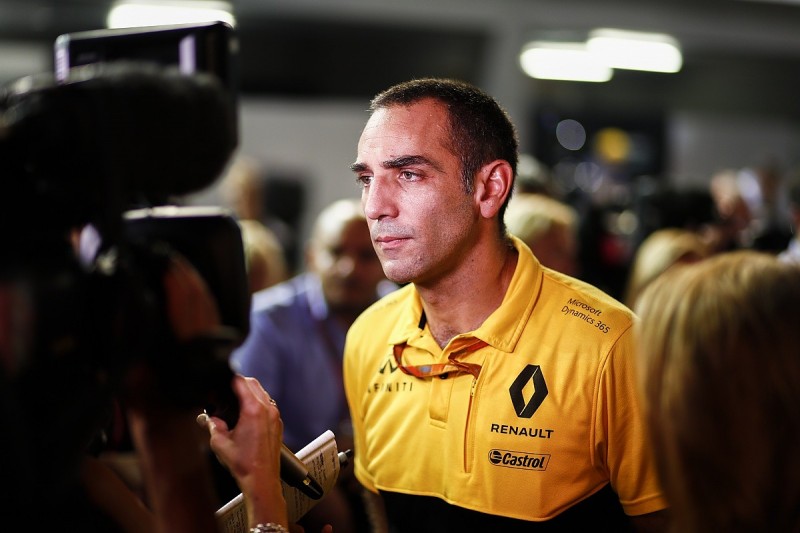 "Obviously there are ways to do things, and anything we do in terms of recruitment - not necessarily Marcin - we need to grow, Enstone needs badly to grow.

"There is no secret that those people need to come from somewhere, and we have to go chasing from some of the other teams."

But despite the controversy over Budkowski's signing, Abiteboul insists Renault will not do anything that could breach the rules nor rival teams' IP rights.

"Renault has a very clear track record of being extremely fair and loyal," added Abiteboul.

"So whatever we will do, we will make sure that it is done in a very loyal way and a very fair way to our competitors."