Although Renault was encouraged by its improved speed last year, when it often proved to be fourth-quickest, it lost a number of good results through poor reliability.

That area has been a key point of attention for the team this winter and, speaking after the reveal of its new R.S.18, technical chief Bob Bell made clear Renault needs to work very differently this year to make things more robust.

"We need a strong reliability record," said Bell. "That's something we need to focus on, and we have worked hard on it over the winter. We need the car as reliable as we can make it.

"That's a huge challenge, even more so than performance development, and it's the toughest task we face.

"To improve reliability, we have to accept nothing less than perfection. Anything that ends up on the car needs to be designed and built to the highest standard; checked and rechecked as fit for purpose.

"All the issues which blighted us last year need to be eradicated by a fresh approach.

"It's not something, however, that you can flick on like a switch, you need well established processes in place."

Renault has already set a target of being a top three team in terms of mileage completed in pre-season testing and Bell emphasised the importance of this goal.

"We want a trouble-free winter test programme so we can validate the performance of the car and move forward," he said.

"To do this we need a reliable car." 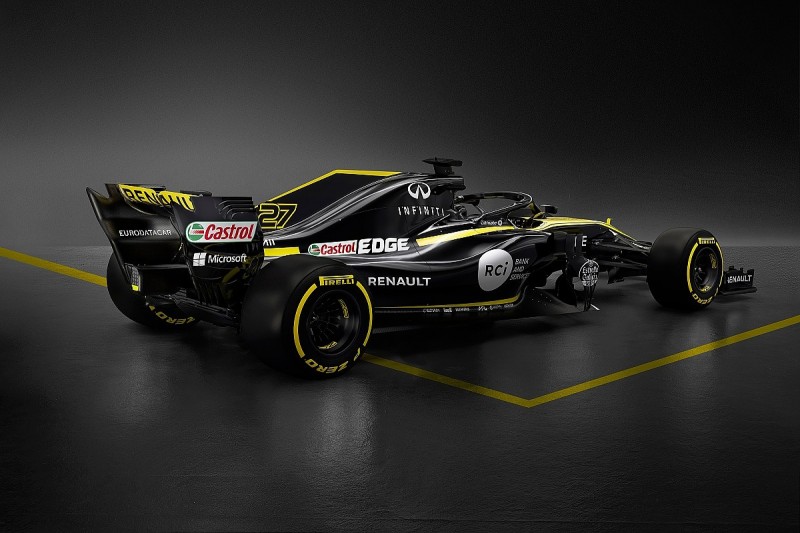 Renault's hopes of a step forward should be boosted by encouraging news from its Viry test benches, where progress has been made in preparing for F1's switch to three engines per year and the team declared done more distance on the dyno than ever before.

The company's F1 engine chief Remi Taffin said: "We did see our power unit on the top step of the podium three times last year, so it's clear we have the potential to achieve our aspirations.

"We just need to raise our game across the board, and all the elements we need to do this are there.

"Our first priority is for reliability and it's going to be even more difficult as we have to get another quarter out of the engine life on top of the target for 2017.

"Of course, we knew the three-engine rule was going to come, so it's something we scaled in for 2017 in preparation for 2018.

"We started designing the 2018 engine in 2016 with the three engine limitation in mind and we have completed more hours on the dyno than ever before."

Renault Sport racing president Jerome Stoll added: "We have improved significantly the performance of the engine. We saw in 2017 the reliability of our engine was a bit our weakness.

"We have to concentrate on this reliability issue."