At the unveiling of this season's car, two months after completing a takeover of Lotus in December last year, Renault hierarchy including CEO Carlos Ghosn significantly played down expectations for the 2016 F1 campaign.

Fifteen grands prix into the season, Renault has just seven points to its name.

Abiteboul always knew the situation would be tough, but did not expect it to be as hard as it has been.

"It's fair to say this season has been much more difficult than we anticipated, and to a certain degree another demonstration of the pace at which Formula 1 is evolving," Abiteboul told Autosport.

"The car we are using is not from this year, but more or less designed in the winter of 2014-15, to which we added at the last moment the forced introduction of the Renault engine.

"So clearly it wasn't the best gestation you could imagine, but still we could not imagine that in 18 months there would be such a gap from this car to the others.

"Maybe we were a bit naive, but that's behind us now

"What's important is to keep our head down on a race-by-race basis and be optimistic and bullish about next year to try and keep the motivation high for the two teams [chassis in Enstone, engine in Viry], and to continue to point in the right direction." 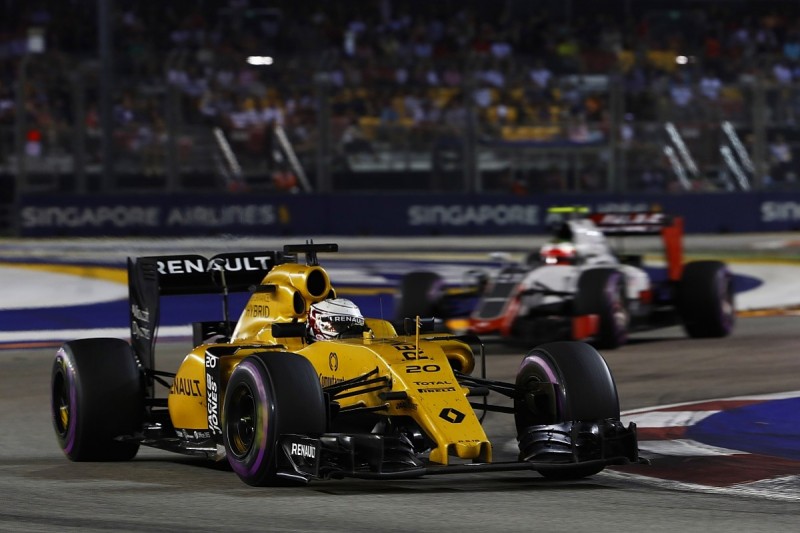 Going into the final six races of the season, Renault lies ninth in the constructors' championship, six and seven points clear respectively of bottom two teams Manor and Sauber, and 21 adrift of eighth-placed Haas.

Abiteboul would love to overhaul Haas, but concedes he does not believe it possible.

"Regarding the target for the end of this year, I would like to be able to fight for eighth position in the championship, which is the only position we can target," he said.

"In my opinion that is going to be a tough challenge because clearly we can see the Haas package, is more competitive now than the Renault package.

"I don't see how we are going to secure enough points to be able to do that, but it can only be the target, so that will remain the target."

Renault took only its second points finish of 2016 with Kevin Magnussen's 10th place in the last race in Singapore.