Red Bull has revealed that it would have stopped Max Verstappen during the early VSC period at Formula 1’s Italian Grand Prix if then leader Charles Leclerc had not pitted.

Sebastian Vettel’s stranded Aston Martin triggered a VSC on lap 11 at Monza, and Ferrari used the opportunity to pit Leclerc for fresh rubber.

That move, so early in the race, moved the Monegasque on to a two-stop strategy and out of kilter with runaway leader Verstappen who was a one-stop.

But while some have questioned whether or not Ferrari made a blunder in making the stop then, rival Red Bull reckons it was a viable option at that point.

However, the ultimate deciding factor was that Ferrari never had the pace to run with the Red Bull, so whatever strategy it was on it was never going to help it triumph.

Red Bull team boss Christian Horner said on Sunday night that his squad was ready to pit Verstappen if Leclerc had not stopped during the VSC – but it does not think strategy was the defining factor in the race. 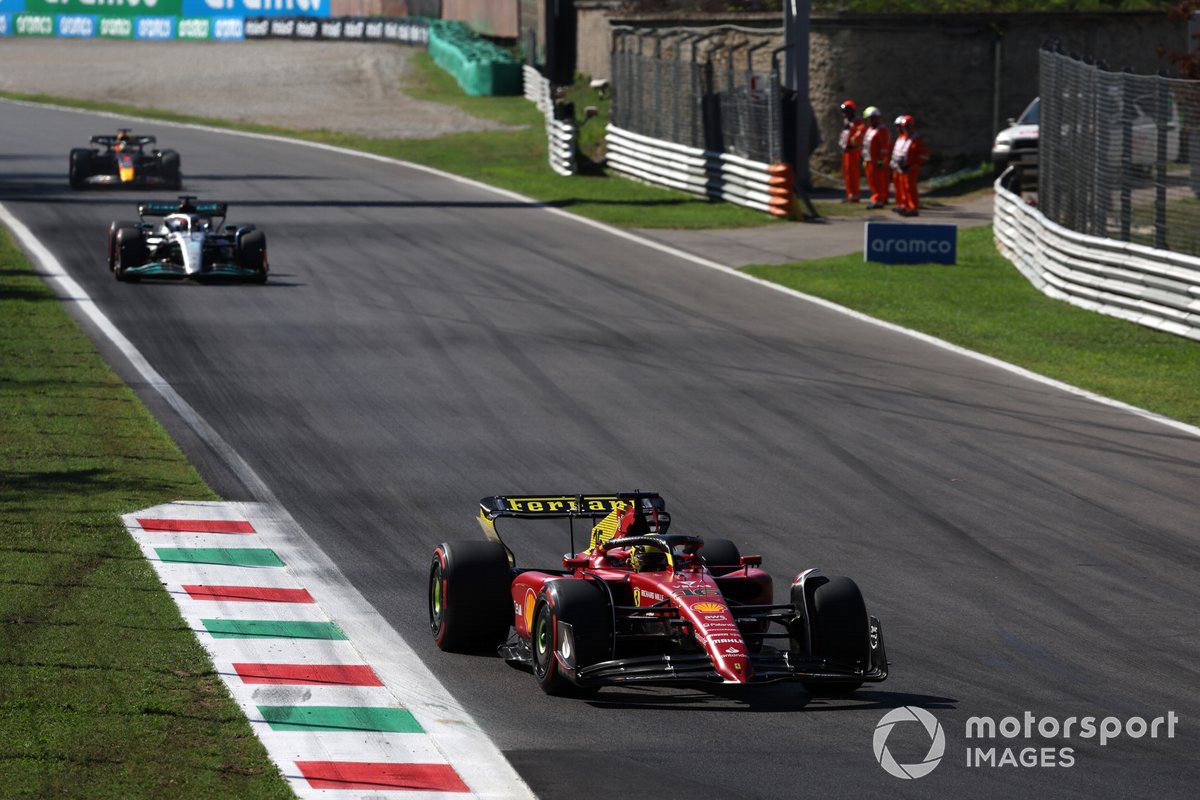 Ferrari team principal Mattia Binotto said his squad realised early on in the race it did not have the speed nor the tyre life to match Verstappen on the same strategy – so it needed to try something different.

Reflecting on the VSC call, Binotto said: “With hindsight we believe it was the right decision when the safety car came out at that time of the race.

“We knew that Charles had got a good pace, but Max got better tyre degradation and he was already faster for us. Staying on the simple same strategy of him, one stop, he would have beat us sooner or later.

“So the only chance for us was somehow to move the strategy. We have been a bit unlucky because the VSC ended while we were still in the pitlane, so not getting all the potential benefit of the VSC, but still I think Max overall was faster today and impossible to beat.”

Binotto said that when teams are battling a faster car, they have to try to do something different with strategy if they are to have a hope of coming out on top.

“It's not difficult to beat a faster car, it's impossible,” he said. “Normally you win if have the faster car and you may only get it wrong with strategies.

“Whatever has been the strategy [for Max] he would have won: that is the point. But by pitting and moving on the two-stop with Charles, it was not the wrong decision because you never know what may happen later in the race. You never know how the tyre degradation may be on Max on longer stints.

“If you look back at the car behind, for example, with George, the gap that Charles had at the end of the race on George was big and comfortable.

“So overall, it was not a risk, but let me say a gamble, that could have turned into a positive choice.”

Why Verstappen would have beaten Leclerc without safety car help