The Australian, a three-time grand prix winner, is currently in his fourth full F1 season and has a deal to race for Red Bull next year, providing the team secures an engine supply.

He was recently invited to try one of NASCAR superstar Dale Earnhardt Jr's entries in the stock car category's second-tier Xfinity Series.

Earnhardt tweeted: "@danielricciardo has an open invite to drive a @JRMotorsports car on a road course at any time."

Two of the Xfinity Series' road course rounds - at Watkins Glen and Mid-Ohio - fall during the F1 summer break next year.

When asked if he would like to try NASCAR in the future, Ricciardo said: "Down the track it would be cool.

"I like America a lot so to live in America and race post-F1 it could be interesting.

"I'd have to practice. In a tin top I'd be pretty hopeless."

Ricciardo and Earnhardt established a rapport on social media last season after the Australian revealed his choice of #3 for his F1 car was partly motivated by his admiration for Dale Earnhardt Sr.

He joked that the NASCAR invitation was well-timed given the continued uncertainty over Red Bull's F1 future.

"I want to make sure we sort something here [F1] next year, but if for whatever reason I'm not, then it sounds like I might have an option!" said Ricciardo. 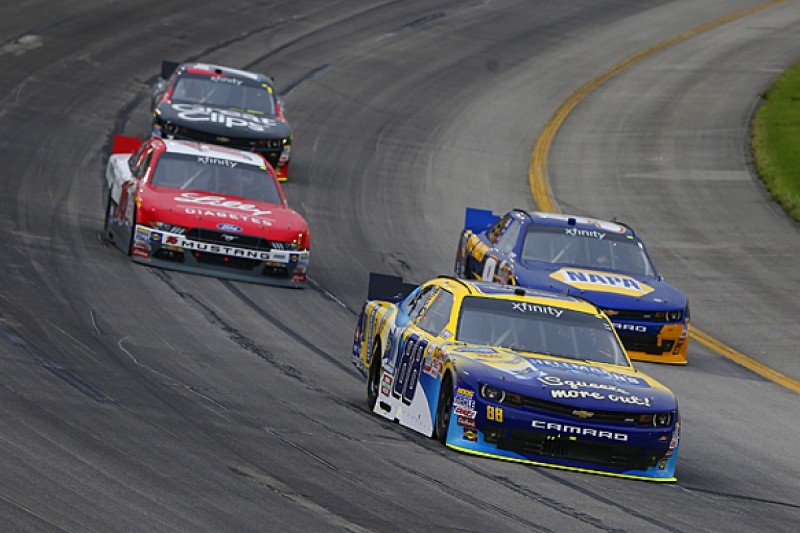