Despite a lacklustre start to the campaign, when it struggled with reliability and was on the back foot in pace terms, Red Bull successfully turned its season around.

A combination of weight reduction and aero improvements to the RB18 made it the dominant car after the summer break, as the team romped to both championships, and Ferrari had nothing in response – especially when it stopped development because of cost cap limits.

Reflecting on the ebb and flow of the 2022 season, Ferrari’s senior performance engineer Jock Clear felt that Red Bull got it right in ensuring it had the freedom with its spending to make steps forward when it needed to.

"I think that's probably Red Bull's strength this year, as they look to have been flexible,” said Clear.

"There were times when it was a bit of a Muhammad Ali approach.

"It looked like you've got them on the ropes and they just squirm a bit and come out and ‘bang’. And you are like: ‘Oh, my God, where did they find that?’

"I think that's just the experience they've had as world champions. And that's what we have to get used to doing.

"We've learned a huge amount this year and we're on a steep learning curve, as are all the teams.” 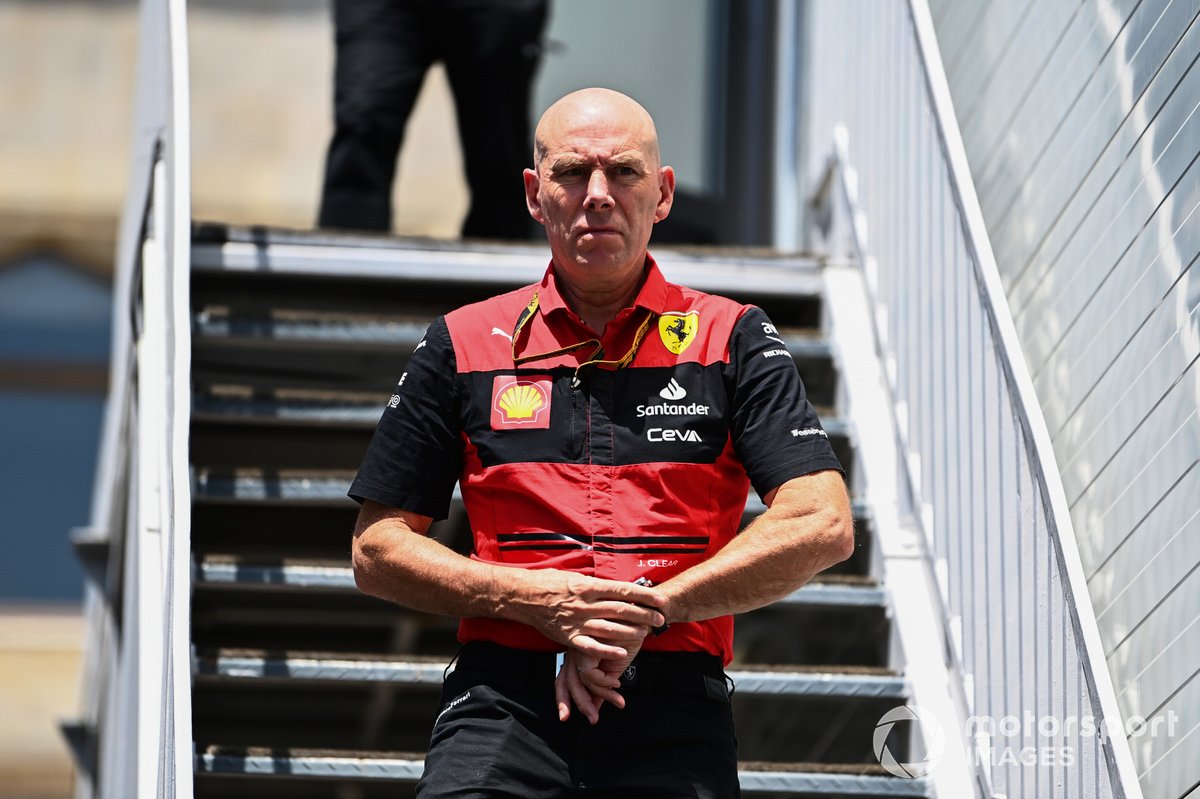 Clear says one of the key things that Ferrari needs to understand better for 2023 is in how to deploy its resources over the campaign to maximise car performance and return under the cost cap.

He suspects Ferrari paid the price late in the season for committing more spending on car development early on, while Red Bull was more consistent throughout.

“The difficulty is to know where you're going to be spending your money most efficiently and most effectively,” he said.

“And that has to take a little bit of planning.

“Of course, as that planning plays out, you learn that maybe you took some wrong decisions earlier on for a path you're now on.

“Red Bull have obviously done a very good job of reacting to where they've seen the pressure, but not losing sight of the fact that they have to focus on just bringing performance to the car.

“And I think from our point of view, we've done everything we planned to do this year. But it's a relative sport.

“So yeah, we have underperformed compared to Red Bull in the second half of the year, but you would say that Mercedes have left it all too late, if you see what I mean.

“Between the three teams, you've got us maybe pushing a bit too early on, Mercedes pushing a bit late, and Red Bull striking the right balance. And we have to learn from that.”

But while Ferrari was disappointed to lose out to Red Bull over the season, Clear says the scale of his team’s progress should not be underestimated.

“We've certainly made a big step forward this year,” he said. “We did come into the last few races and think, ‘oh, what could have been’, but it's amazing how quickly you reset your goals.

“And, if you had offered this 12 months ago, we would have ripped your arm off. We're very proud of what we've managed to do this year.

“It’s a big, big step forward. Now we have to maintain it. We have stopped developing this car earlier in the season with a view to making sure that we stay competitive next year and we are right on the nail at the first race.”