That means Red Bull is currently the only one of F1's six customer teams not to use the same brand as the associated manufacturer squad, although McLaren is planning to go with Petrobras in 2019.

Wolff cited the fact that Mercedes customers Williams and Force India benefit from using the Petronas fuel around which the engines are developed, and pointed out that anyone choosing their own fuel/oil has to pay the engine manufacturer for the dyno time required to prove their products.

But Horner insists Red Bull benefits from its strategy.

"We see it as an advantage," he told Sky Sports News.

"We have a great relationship with Exxon, and have done for the last 12 months.

"Obviously there are additional burdens involved in that, because they're a different supplier than what the works team has - it just means they've got to run more engines on the dynos, which obviously we have to cover the cost for.

"But we wouldn't be using it if we didn't see it as a technical advantage.

"They are a great company, great to respond, very, very quick, and from our perspective, we see it as an advantage." 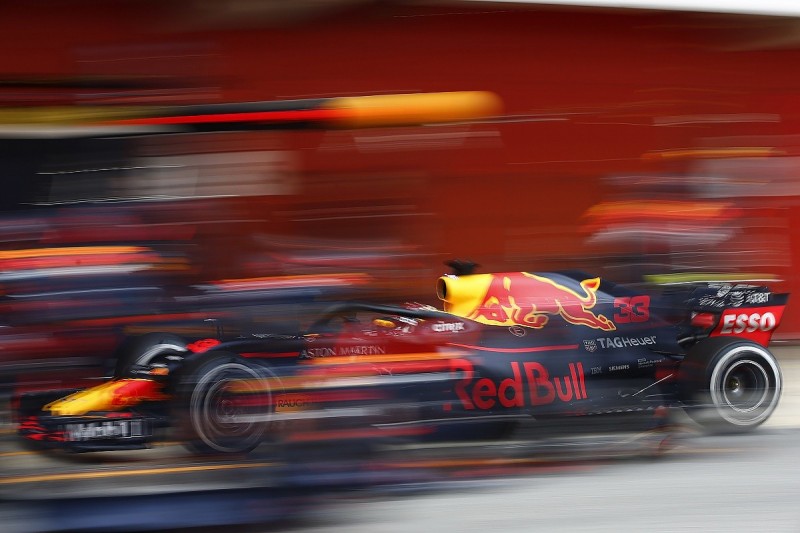 Both world champion Lewis Hamilton and Mercedes technical director James Allison have tipped Red Bull as a much stronger threat in the 2018 season based on testing form so far.

Horner insisted it was too early to judge, but believes Mercedes still has an edge on its main rivals.

"I think it's so hard to draw conclusions," he argued.

"You get a bit of a flavour. You see Mercedes are in great shape, you see Ferrari are looking strong.

"We hope we're there or thereabouts. It will be great for F1 if there are a few teams in contention this year.

"But Mercedes, rest assured, are definitely going into this championship as very much the favourites."