After struggling in the first third of the 2022 season with excessive bouncing and a general lack of competitiveness, Mercedes has experienced something of a resurgence in recent races.

Lewis Hamilton scored his third consecutive podium in the Austrian Grand Prix on a Red Bull Ring circuit that was deemed to favour Mercedes less than Silverstone.

Team-mate George Russell followed Hamilton home in fourth for the second time in three races in Spielberg, after being eliminated during a start crash on home soil at Silverstone.

Both Hamilton and Russell were set for a strong qualifying result in Austria as well, until both crashed in Q3.

It led to Mercedes team principal Toto Wolff claiming Mercedes is just missing between two and three tenths of a second in “pure performance” compared to its rivals.

Red Bull chief Horner acknowledged that Mercedes will continue to be a threat at next week's French Grand Prix as it appears to have gotten on top of its bouncing issues.

PLUS: The strengths and weakness of the F1 field halfway through 2022 - and what's next

"We'll expect them to be quick in [Paul] Ricard," Horner said.

"They're showing flashes of being there or thereabouts.

"The last two races have been pretty decent for them and there's been no sign I think of any porpoising at all, so they seem to be slowly bringing themselves back into the game." 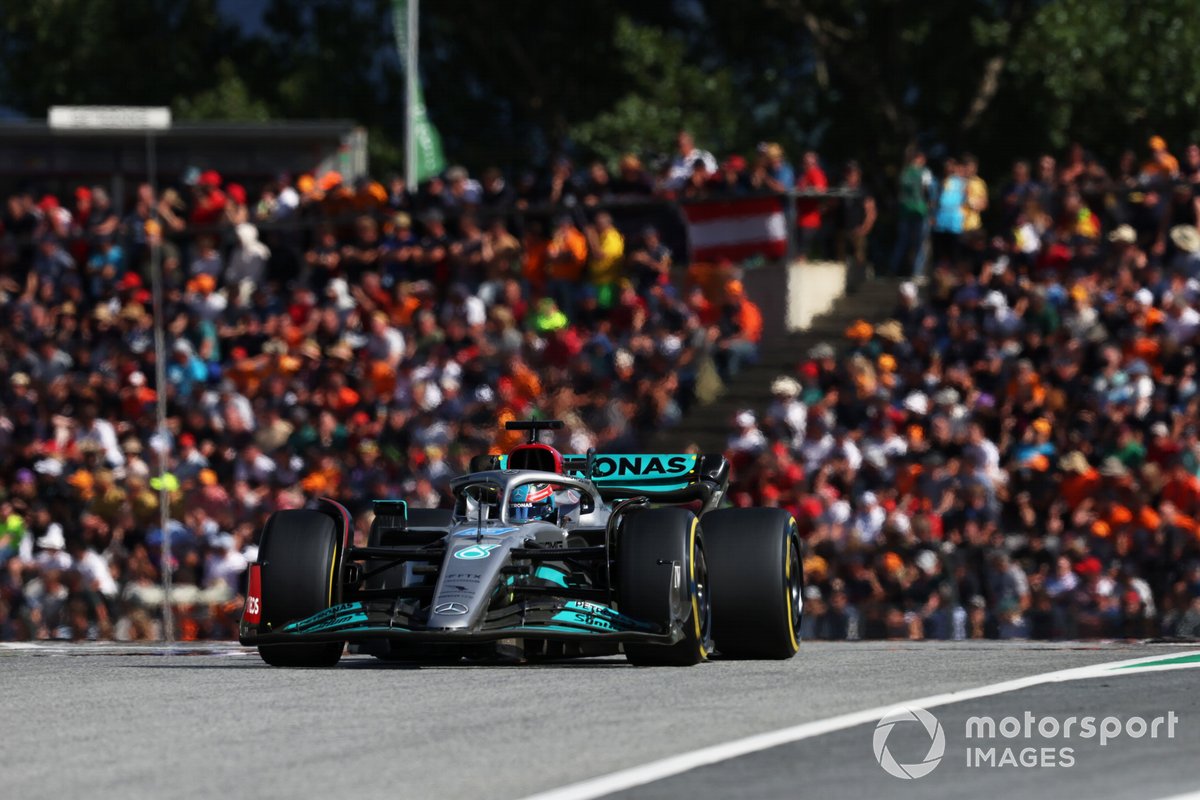 Mercedes appears to have lost too much ground in the first part of 2022 to mount a serious title challenge, trailing leading Red Bull by 122 points. But at 237 points, the Brackley team is not miles away from Ferrari in second, trailing the Scuderia by 66 points.

Therefore, Horner expects Mercedes "to be a contender" as Hamilton and Russell might start taking valuable points off either Red Bull or Ferrari on a regular basis.

"I think they'll be a contender," he reckoned.

"I'm not sure how far off they are in the constructors' or drivers' [championships] at the moment, but you know, sometimes having more cars in play is a good thing. Sometimes it might be a bad thing.

"But I think for the fans it is great to have six cars, competing for victories."