It marked Verstappen’s 13th win of the year, matching the record shared by Michael Schumacher and Sebastian Vettel, and the team’s 15th of the season after a dominant charge to both titles.

Verstappen fought back from a wheel gun failure in the pits that cost him around nine seconds to overtake Ferrari’s Charles Leclerc and race leader Lewis Hamilton in the Mercedes, aided by the Red Bull RB18’s straight-line speed advantage.

Leclerc recovered from 12th place on the grid to get the jump on Verstappen when Red Bull had its slow pit stop, but could only stay ahead for a couple of laps before falling behind again.

Verstappen passed both Leclerc and Hamilton with moves at the end of the back straight using DRS, allowing him to ease ahead and leave them unable to respond.

“It is not the first race where they are racing with a top speed advantage on all the other competitors,” Mekies, the Ferrari sporting director, said after the race.

“They managed to deal with that and certainly when there are some fights like today, it is an advantage. It is something that we always try to balance between lap time and top speed.

“The bottom line is they had a bit of a pace advantage today, as they did for most Sundays this year.

“They can have a very good protection from us to attack with their top speed.”

Leclerc’s team-mate, Carlos Sainz, had started the race from pole position, only for contact at the first corner with George Russell to spin him around. It also left his car with damage that forced him to retire from the race at the end of the opening lap. 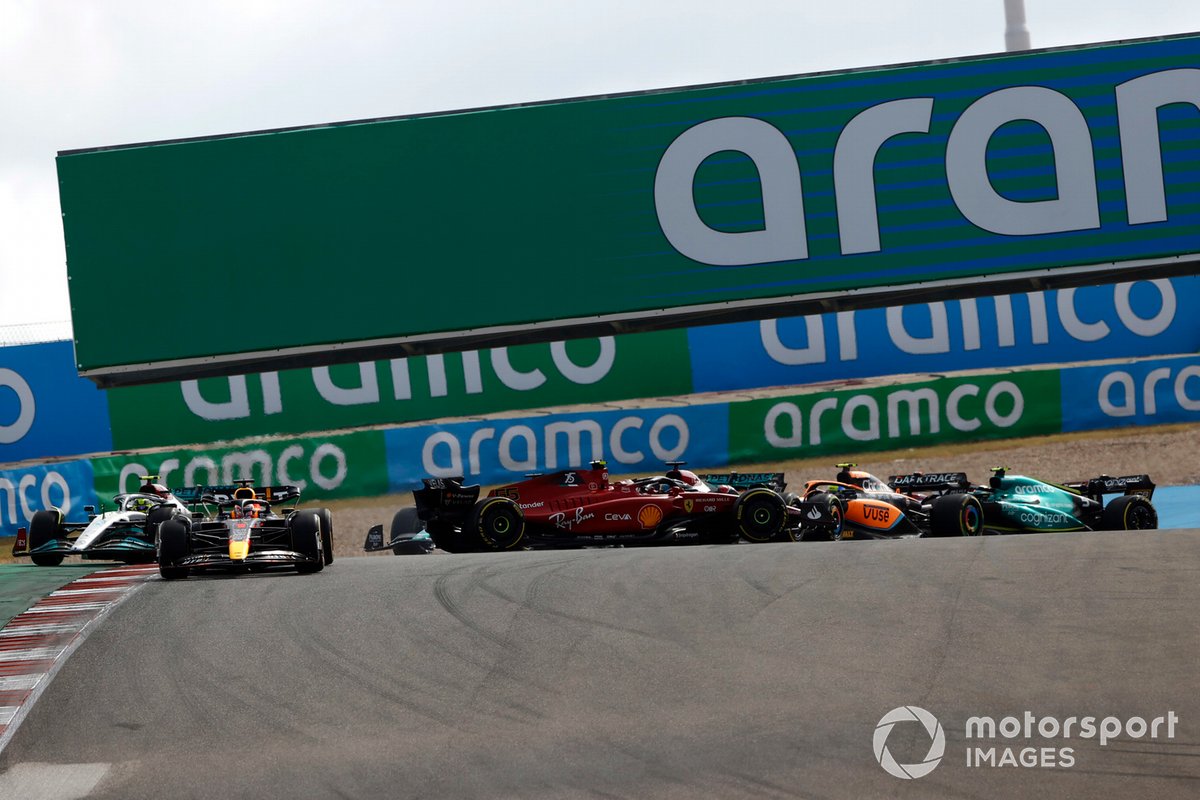 “It was a bit of a shock to lose Carlos like that after a few hundred metres and it is quite rare to see this happen,” said Mekies.

“It is part of the game but it is a shame, because it was a great opportunity and I think we were all – us, Red Bull and Mercedes – were all close on pace so it would’ve been great to have been in the fight also with Carlos.”

Leclerc eventually finished the race in third place, but admitted he felt a bit of disappointment given how fast he had been and what might have been possible without the penalty.

“Starting from P12 with Charles and at some stage fighting for P2 was a brilliant way to come through the field, so very well done to Charles, to the team,” said Mekies.

“It was a good way to progress through the field. I think at some stage it was also a good fight with Max.

“He fought very hard, but probably we still are a little bit down compared to Max in race conditions but definitely Charles gave it a good go."

F1 Paddock Packdown: How close did Mercedes get to victory in Austin?