Red Bull's Christian Horner has joined the chorus of team bosses saying Esteban Ocon's Mercedes connections have worked against him, and ruled him out of Toro Rosso Formula 1 contention

Though Toro Rosso faces a lack of qualified young drivers in Red Bull's own junior programme, and now looks set to recall Daniil Kvyat for one of its 2019 seats, Horner said Ocon would not be considered while he is contracted to a main rival.

Both McLaren's Zak Brown and Renault's Cyril Abiteboul have expressed similar sentiments about Ocon, who will be without a drive when Lance Stroll joins Force India.

"For what is relatively little investment by Mercedes it's been to their merit that they've helped these guys to get into F1," Horner told Autosport.

"But now it seems to be almost an anchor being a Mercedes driver.

"Being on a recall mechanism isn't attractive to a vast majority of teams.

"The crazy situation is you've got a driver like Ocon who might end up without a seat next year.

"If he was to be contractually free he'd be an obvious candidate for Toro Rosso.

"But Red Bull aren't going to invest in a Mercedes driver, understandably. And I wouldn't expect the same to happen the other way round."

Horner said Mercedes could have solve the Ocon problem by promoting him to a race seat with the works team, pointing that Red Bull had taken the plunge with Sebastian Vettel (pictured below winning his first race for Red Bull in 2009), Daniel Ricciardo and Max Verstappen.

"It's very easy to go with something known," said Horner.

"And there's far more perceived risk in taking an unknown quantity or a junior, and I think we've demonstrated on numerous occasions that it pays off.

"We've had a very successful junior programme, and Red Bull has a junior team, and has invested in that. 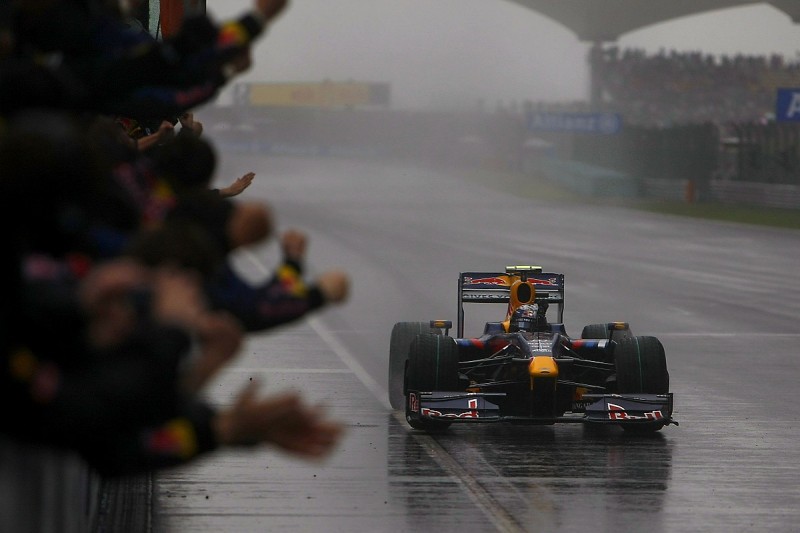 "It's paid dividends with Seb, Daniel and Max, and we'll see with Pierre Gasly. And it's given numerous others opportunities, such as Carlos Sainz."

Horner acknowledged that there is currently a "window" just below F1 in Red Bull's talent ladder, but he stressed that there are plenty of young drivers on the way up.

The leading Red Bull protege outside F1 at present is Formula 3 European Championship leader Dan Ticktum, but he will not have enough superlicence points to qualify for a grand prix seat in 2019.

"The marketplace goes in fits and starts," Horner added.

"We've got Dan Ticktum in F3 who's winning that championship, but these things are all cyclical.

"We're constantly looking at young talent and emerging talent, so I don't think that window will be open for too long.

"We're looking at the grassroots, investing in youth. We have two very good young junior drivers in karting at the moment, Harry Thompson and Jonny Edgar.

"You have to go to the grassroots to try and support young talent coming through."