Red Bull Racing Formula 1 boss Christian Horner says that his team will try to keep Max Verstappen “within a bubble” as he faces his home Grand Prix in Zandvoort this weekend.

In 2021 Verstappen arrived at his first Dutch GP trailing World Championship leader Lewis Hamilton by three points as their tense title battle continued to ramp up.

This time the situation is very different, with Verstappen currently 93 points ahead of team mate Sergio Perez, and 98 clear of Ferrari rival Charles Leclerc.

Despite the apparently comfortable cushion over Leclerc Horner says that neither the team nor its driver can afford to relax and soak up the atmosphere.

“I think you have to keep the pressure on, because as soon as you don't, you start making mistakes,” he said when asked by Autosport whether Verstappen could enjoy this weekend more than last year.

“So we will approach Zandvoort exactly the same discipline that we have done every Grand Prix so far this year, and there's no additional activities for Max, compared to a standard Grand Prix weekend.

“Of course, there'll be an awful lot of noise around the circuit, but we'll try and keep him within a bubble, obviously inside the team, and try and manage expectations.” 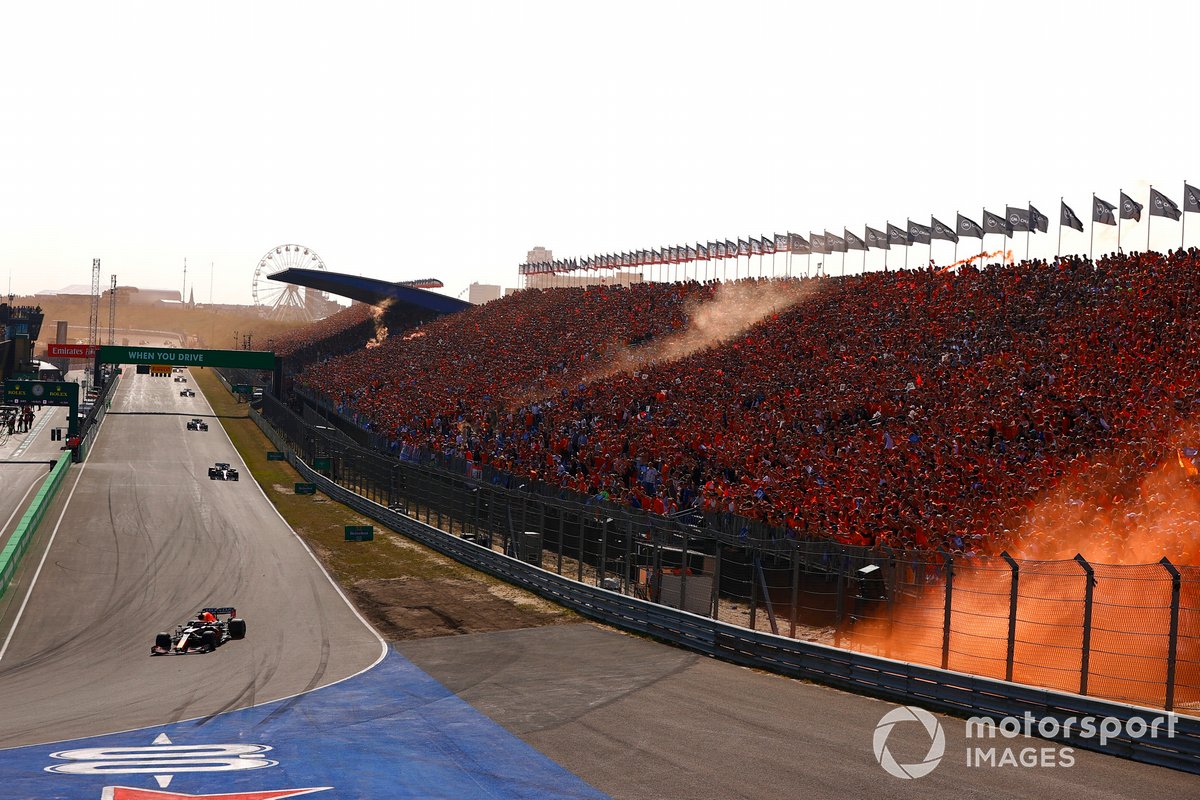 He added: “Obviously, there are going to be huge expectation on Max as he returns there as the world champion, with the number one on the car. We saw the atmosphere last year, and I think it's only going to step up again this year.”

Despite the healthy lead over Leclerc, almost the equivalent of four race wins with just eight rounds to go, Horner downplayed Toto Wolff’s suggestion that Verstappen will secure the title early.

“We saw that - I think we were 46 points behind when we left Australia, and within a couple of races had managed to turn that around.

“So our prerogative is on each race, one at a time and the championship tables will take care of themselves. So we just want to keep this momentum rolling forward.”

Horner insisted that Verstappen is driving even better in 2022 than he was when he secured his first title last season.

“I think that Max, since winning that championship last year, has taken another step. It's in many ways released him, and he's driving at an incredible level.

“I think, given his age and experience, that what we're witnessing at the moment is exactly that, you're witnessing a driver that is completely at one with a car and who is in an absolute purple patch of his career.”