Red Bull says Max Verstappen’s runner-up position in Formula 1’s Russian Grand Prix felt like a victory, after he came from the back of the grid.

Verstappen had to start last at Sochi after his team elected to fit a fresh engine to his car.

Although he made great progress in the early stages, his charge up the field was stalled when he suffered graining on the switch from hard to medium tyres for the second half of the race.

PLUS: How Mercedes made the "blind faith" call that won Hamilton the Russian GP

The Dutchman had looked set to come home in sixth or seventh spot before he capitalised on an early switch to intermediate tyres in the wet conditions and soared up to second place at the finish behind Lewis Hamilton.

With Red Bull having gone into the race fearing it could lose a lot of points to title rival Lewis Hamilton and Mercedes, Verstappen minimised the damage and is just two points adrift of the Mercedes driver now at the top of the standings.

Team boss Christian Horner said: “I think it was like a victory for us. To go from 20th on the grid to P2, I think if anybody had offered us that prior to the weekend, we would have bitten their arm off.

“So to have achieved that, to come away from two Mercedes strongholds with only a two point deficit [to Hamilton] in the drivers’ championship, is hugely encouraging. With seven to go, it's all to play for.”

Red Bull says its pre-race simulations had suggested that a best-case scenario would be if Verstappen could get himself in to fifth place. 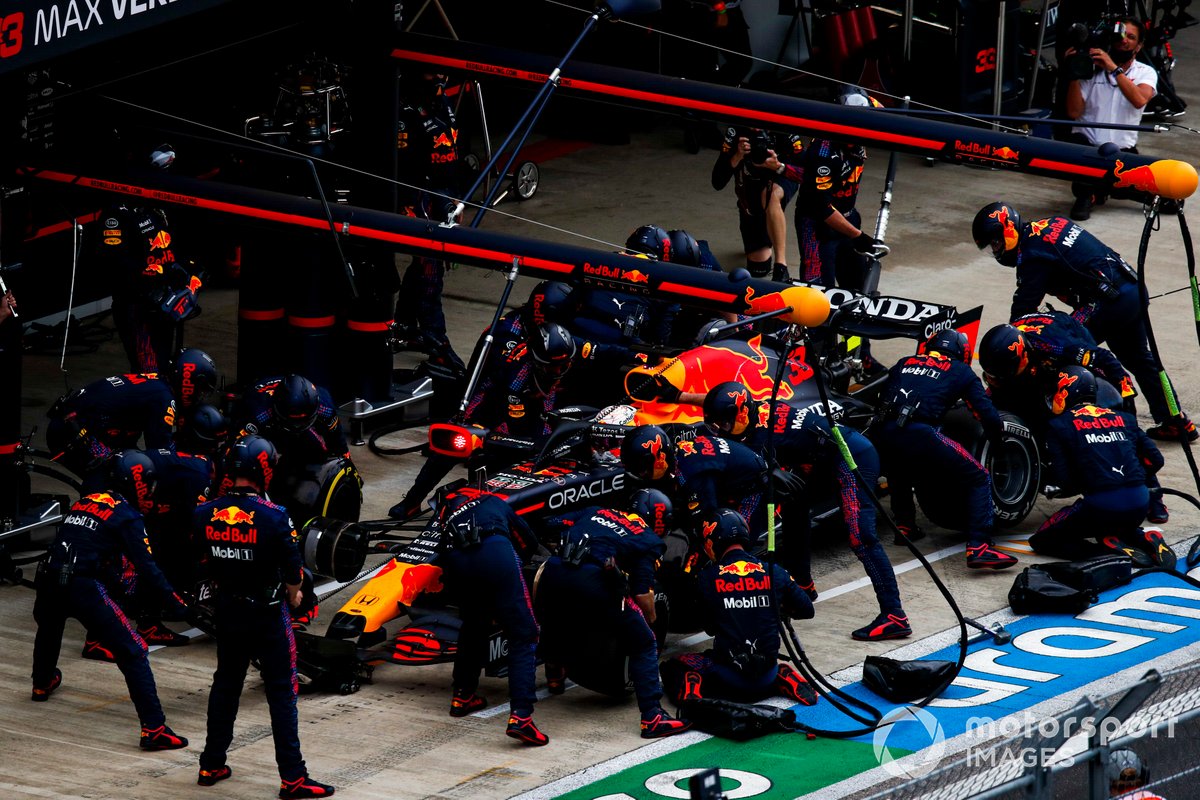 “Pre-race, probably P5 would have been the absolute optimum,” added Horner.

“So to come away with P2, because it was looking, obviously, a few laps before the end, as if we were going to be P6.

“Max got the call right to go on to the inters, and it worked out well for him. So to get that P2, get the engine and penalty done, it's more than we could have hoped for going into the weekend.”

While Verstappen appeared to have strong pace in clean air, he struggled a lot more when stuck behind other cars.

And that is why Horner said Verstappen could do nothing to retake a place from Fernando Alonso, who had got ahead of him after the stops.

“I think he just got into some graining with the front tyres,” explained Horner. “The tyres go through a phase where you could see on other cars ahead it was happening.

“He had so few laps in clean air but his actual pace, as you saw in the first stint, as soon as he got a bit of clean air, he was very, very quick.

“But just the damage that it does following other cars so closely, particularly through the long Turn 3, it just started to take energy out of the front.

“They [the tyres] clean up and they were coming back, and that's why he was coming back at Fernando, but to be honest with you, the rain in the last five laps came at the right time.”