Red Bull boss Christian Horner insists the position swap between Max Verstappen and Sergio Perez that changed the lead of the Formula 1 Azerbaijan Grand Prix was not strictly team orders.

The Red Bull duo had been running at the head of the Baku field early on, after Charles Leclerc had pitted from second under the virtual safety car to take fresh tyres.

With early leader Perez beginning to struggle with rear graining on his medium tyres, he had started falling into the clutches of second-placed Verstappen.

As the pair began running closely, Perez was told over team radio "no fighting", before Verstappen made his move and swooped past him to take the lead on lap 15.

While the position swap was interpreted by some as a calculated move to favour championship leader Verstappen, Horner insists the situation was very different.

PLUS: How Ferrari's latest implosion stitched up a plausible Baku upset

He said that at that stage of the race, Verstappen was much faster than Perez, so it made no sense to risk an accident having the pair battle it out for the lead.

“I think today wasn't strictly team orders,” explained Horner. “It was just a question of you've got simply a faster car and a slower car.

“Max had a significant pace advantage on Checo at that point, who had quite heavy graining on his rear tyres. So it's just a question of: guys, let's not put each other against the pitwall here. If one car is quicker, you know, concede, and let's focus on getting the best result for the team.” 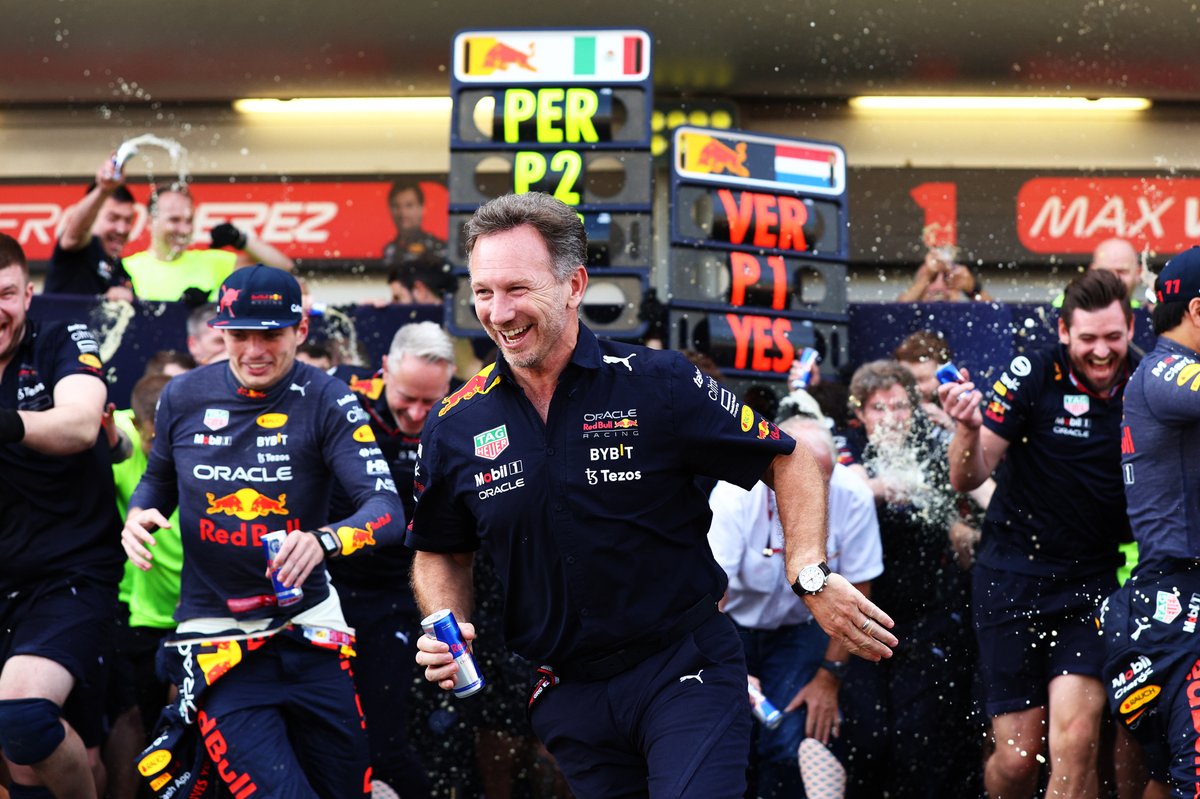 Horner said memories of the 2018 Azerbaijan Grand Prix, when Red Bull’s then drivers Daniel Ricciardo and Verstappen collided as they battled for the lead, had meant the issue of working together had cropped up in race morning strategy chats.

“The pace difference between the two drivers was so significant, and we discussed it in the morning,” he explained.

“We said: 'Look, if you're racing each other, just give each other space.' And they did that, because 2018 isn't too far away at the back of our minds.

“It was very important that the drivers, at this stage of the championship, are fair with each other because it is to maximise the points versus Ferrari. We know they've got a very quick car at the moment, but we've seen how quickly things can turn around. So as a team, we need to prioritise that.”

Horner praised Perez’s acceptance of the situation in the race, and reckoned the excessive tyre degradation the Mexican was suffering was probably the result of his set-up favouring qualifying much more.

“I think Checo is a mature guy,” said Horner. “He gets the bigger picture and he gets that it's a long, long championship. He is in the form of his career off the back of Monaco.

“But I think maybe, with the benefit of hindsight coming into this weekend, perhaps there was too much weight put on qualifying in his set-up with the rear deg that he experienced. So that's something to have a look at.

“Max was certainly in better shape in the race than Checo was at the back end of that first stint.”