Vettel was in a class of his own during the race at Spa-Francorchamps, blasting past polesitter Lewis Hamilton on the first lap and then never being challenged again.

The triumph extended Vettel's lead in the championship to 46 points over Fernando Alonso with eight races remaining.

Red Bull boss Christian Horner refused to believe that the championship fight is nearly won, but did admit that the Spa win was a surprise.

"It was a really dominant win, which was unexpected really," he explained. "This race and the next one [at Monza] we were expecting to be our Achilles heel, as these tracks historically haven't been very strong circuits for us.

"So to have the performance we did today with Sebastian was very satisfying."

Vettel's strong championship lead, and the fact the RB9 appears strong at all kinds of track, has left many convinced that the title is now his to lose.

Horner, however, still thinks that rivals could stage a fightback, especially with the top four teams being so close in performance. 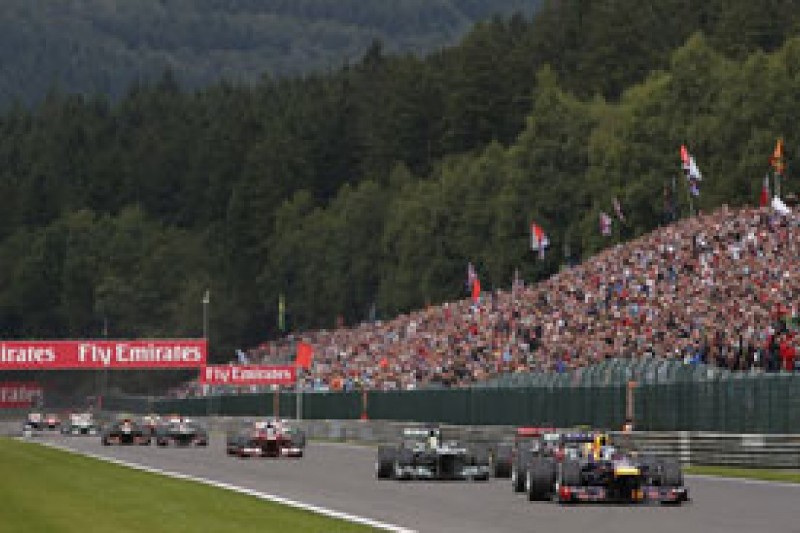 "It is great to start the second half of the season with a victory but, as we can see, the form moves around race to race, circuit to circuit. There is still an awfully long way to go.

"I don't think you can write anybody off.

"Kimi [Raikkonen] has had a bad day but he is still in there, Lewis and Fernando as well.

"At this point there are still a lot of points available but you would probably have to say the podium finishers here [in Belgium] will probably be the main contenders between now and the end of the year."

Lotus remains convinced Kimi Raikkonen will stay on for F1 2014