Red Bull is still considering action against the penalty handed to Lewis Hamilton for the crash with Formula 1 title rival Max Verstappen that caused $1.8 million in damage.

Hamilton and Verstappen collided on the opening lap of Sunday's British Grand Prix at Copse, resulting in a 51G impact for Verstappen with the barrier.

Verstappen was able to walk away from the crash, but was taken to hospital as a precaution after being heavily winded and bruised in the accident. He was discharged that night after undergoing CT and MRI scans.

Hamilton was hit with a 10-second time penalty by the stewards for being predominantly to blame for the crash, but recovered to win at Silverstone and cut Verstappen's championship lead to eight points.

Red Bull F1 boss Christian Horner spoke after the race about "rights that are available" to the team to appeal the sanction, although he was sceptical about the chance of any action being successful.

Writing in his British Grand Prix debrief column for Red Bull's website, Horner reaffirmed his view that Hamilton had got off lightly, and said the team was still considering what sporting options it could use to request a review.

"It is no secret that we felt at the time, and still feel, that Hamilton was given a light penalty for this type of incident," Horner wrote.

"Given the severity of the incident and the lenient penalty, we are reviewing all data and have the right to request a review.

"We are therefore still looking at the evidence and considering all of our sporting options."

Although Red Bull cannot formally appeal the 10-second time penalty, it is able to request a review by the FIA so long as it can bring a “significant and relevant” new piece of evidence to light to argue its case within 14 days.

Horner said that Verstappen had "felt like he'd done a few rounds with Tyson Fury" after his crash when he spoke to the F1 championship leader the following day. Verstappen had been discharged from Coventry Hospital at 10pm on race day. 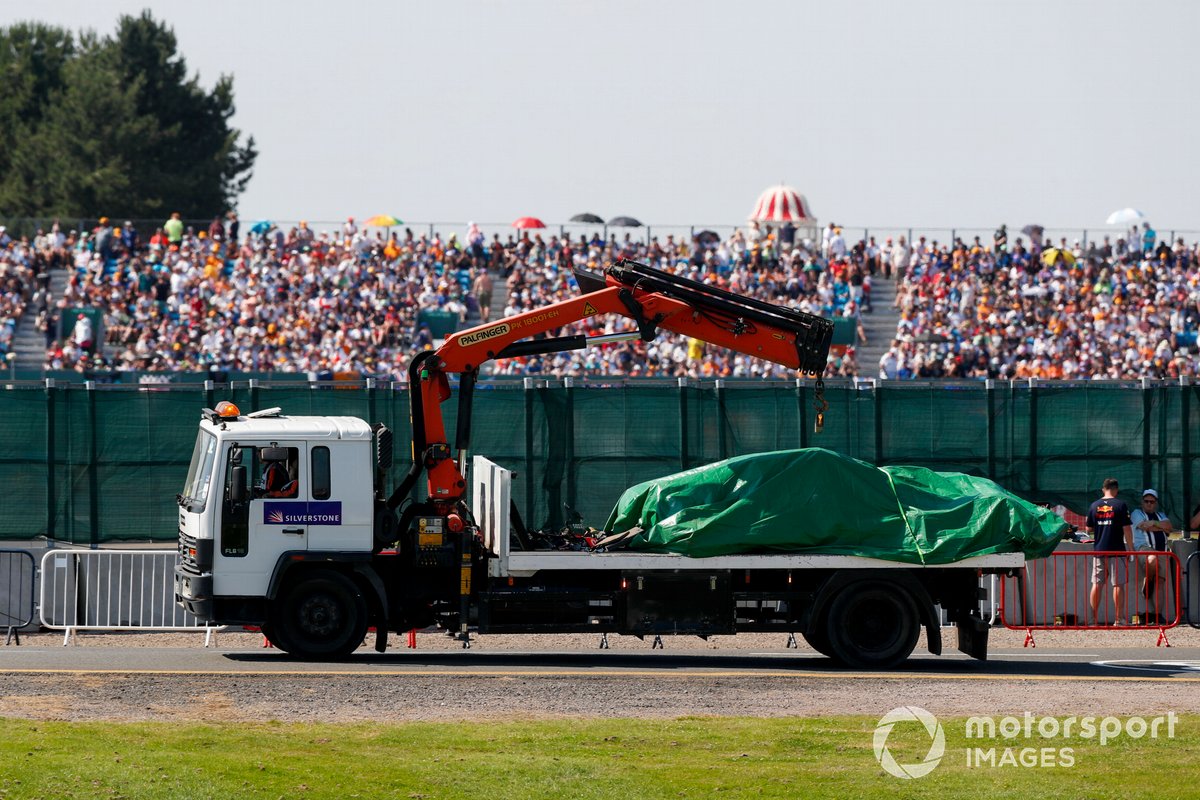 While Verstappen escaped the accident without major injury, the same could not be said of his car, with the seat inside his cockpit being broken due to the severity of the crash.

Red Bull advisor Helmut Marko initially claimed it had caused around €750,000 worth of damage, but Horner revealed that it had in fact cost the team around double that figure.

"A huge amount of credit must go to the safety standards of these cars, the halo and the barrier systems because the impact was such that it actually broke Max's seat," Horner said.

"The car could have quite easily flipped over, which was an initial concern voiced by the first responding medical team but fortunately it didn't.

"The other significant factor is the cost-cap element of this. That crash has cost us approximately $1.8million and an accident like that has massive ramifications in a budget cap era."