Red Bull has focused more on race pace than qualifying performance in Saudi Arabia, despite Sergio Perez bagging his first-ever Formula 1 pole in Jeddah at the expense of Ferrari.

Ahead of what will be his 215th grand prix start, the two-time F1 race winner topped qualifying on the Corniche Circuit with his final soft tyre run in Q3 to depose the Ferrari team-mates.

The one-lap credentials for the RB18 came, however, despite Red Bull having leaned towards optimising race pace in Saudi, following from the team’s double DNF in the Bahrain opener caused by a fuel vacuum.

Perez said: “It's been a tough weekend in Bahrain, where we were so disappointed to miss both cars.

“But the team didn't put their heads down. We kept pushing.

“We felt we were not as strong as we feel we're going to be in the race.

“So, it's already a very good sign to be on pole.”

Verstappen had set an average time in FP2 on Friday of 1m35.197s on the medium C3 tyre as part of an 11-lap run, while Perez was 0.15s worse off than the Dutch racer during his 10-tour stint. 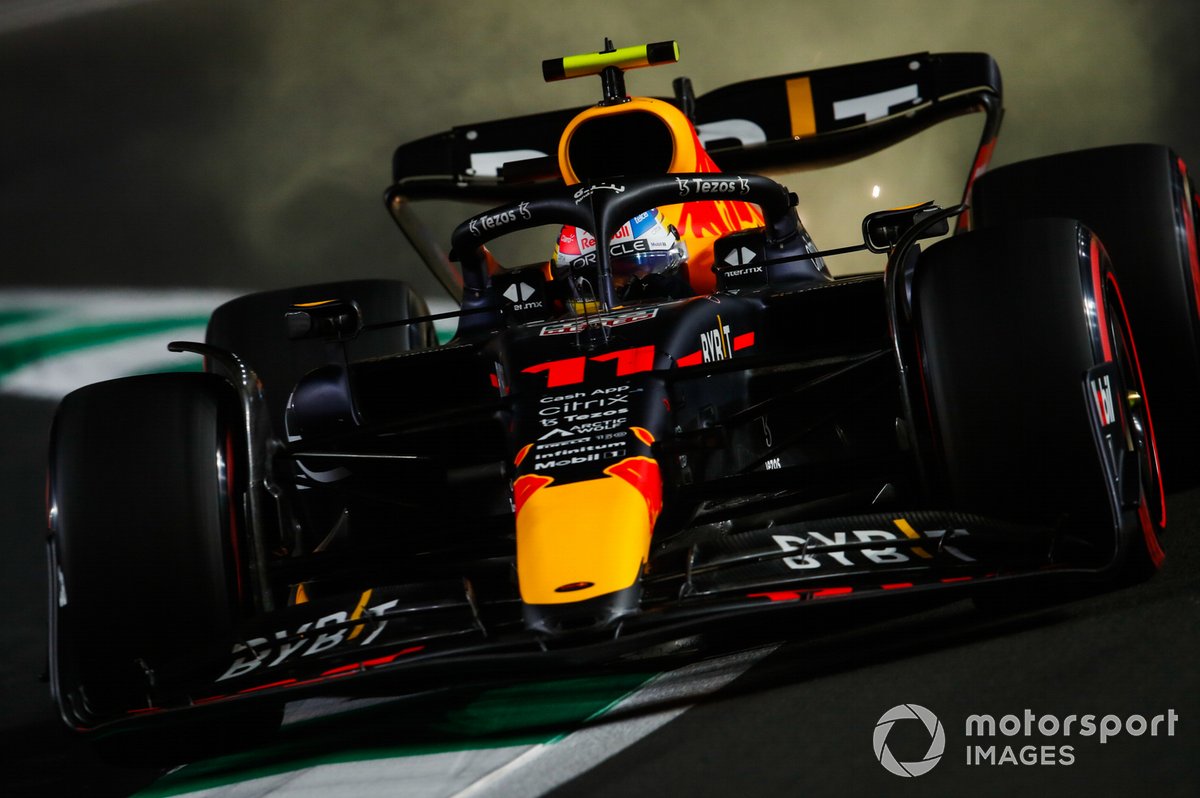 Lewis Hamilton was another half-second in arrears on the same compound aboard his W13, as Mercedes was the nearest challenger on race pace simulations.

“We feel that we've given away some quali performance to gain in the race.

“But obviously, I expect these two [Ferraris] are going to be very strong.

“I really hope that we can have a strong race tomorrow.”

Leclerc and Sainz were unable to run with the medium tyre in FP2 after both clipped the wall to miss out on a combined 45 minutes of running.

This, according to Leclerc, had mitigated any lost data.

The Bahrain GP winner said: “We changed a little bit our programme this morning in FP3 and we managed to do some few laps in high fuel, which I think went well.

“I don't think it will impact us that much.”