Red Bull revealed its latest updates on the final morning of the Bahrain Formula 1 test, with tweaks made to the sidepod design of its RB18.

The upgrades are not a dramatic philosophy change for Red Bull, as was seen on the Mercedes car during the first day of the test, but rather a refinement of an already visually disarming solution when compared with last year's design.

The new parts squeeze the bodywork ever closer to the components housed within them.

However, there's a clear swage line that's appeared on the main body of the sidepod that clearly serves an aerodynamic purpose.

This swage line will help to dictate the airflow's passage, with a decided out and downwashing aspect added to the forward portion of the sidepod, whilst the undercut has been reshaped and extended around the flank. 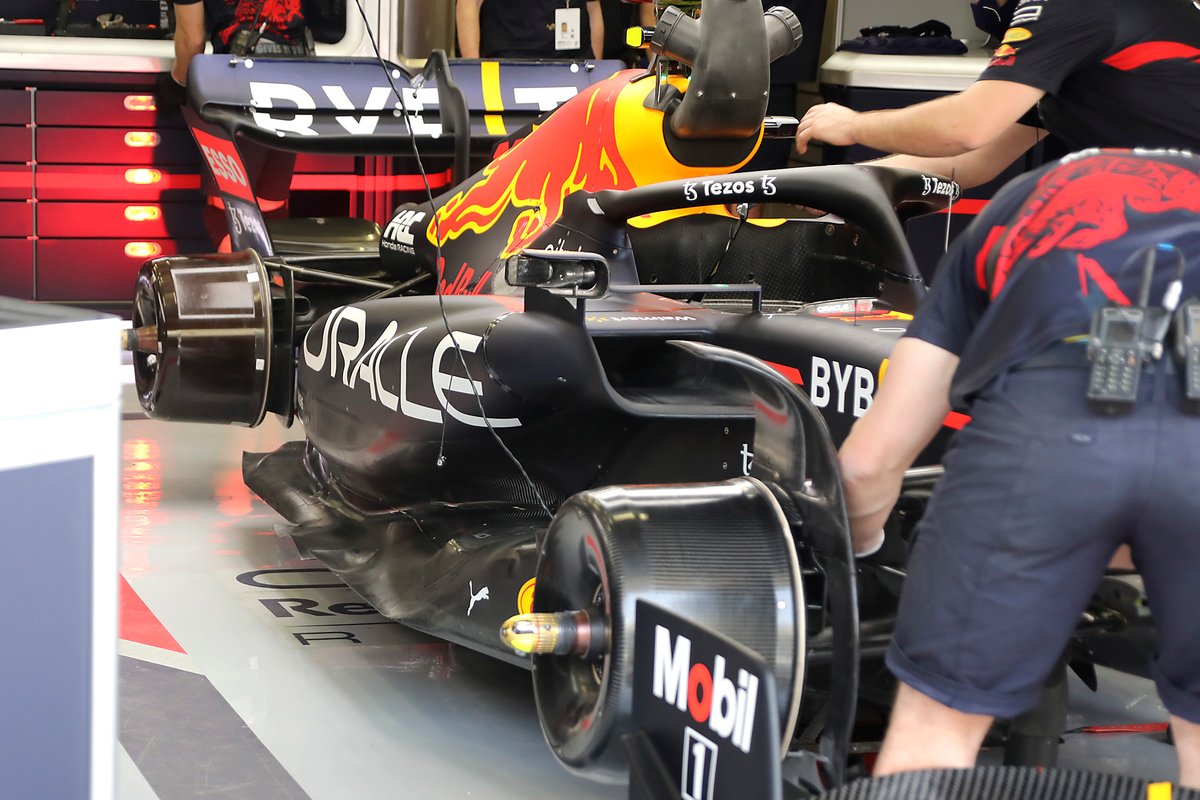 This additional undercut section will expose more of the floor to the flow that reaches around the side of the car, while its effect is also felt as it reaches back towards the downwashing ramp section at the rear end of the sidepod.

There's also some small geometrical alterations to the upper surface of this section of the sidepod in order that the airflow is driven into the coke bottle region.

This will also have a limited impact on the performance of the cooling outlets just ahead of the rear suspension leg.