Red Bull has revealed the first images of its 2021 Formula 1 car, the RB16B

The Milton Keynes-based outfit showed off the Honda-powered challenger on Tuesday morning, becoming the fourth team to unveil its new car.

The RB16B is an evolution of the 2020 RB16, with team boss Christian Horner explaining at the end of last year that there would be a carryover of around 60% of the 2021 challenger.

The team hopes, however, that the lessons it learned from last season, when drivers Max Verstappen and Alex Albon struggled at times with a tricky balance, have been taken on board and it can prove to be stronger against Mercedes. It has targeted making the RB16B more consistent across different types of tracks.

Red Bull's hopes of being able to fight harder against Mercedes will also rest on the work that engine supplier Honda has done with its new F1 engine, ahead of the Japanese manufacturer's last season in the championship. 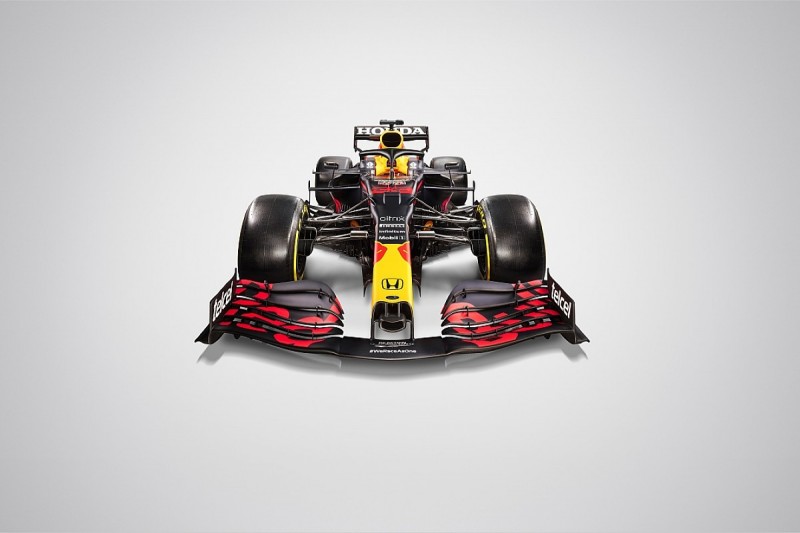 Horner said that Red Bull was well aware of where it needed to improve, and that progress on both the chassis and engine front would prove beneficial.

"I wouldn't say the [problems] were exclusive to aero," he said about the difficulties of last year. "These things always work in tandem. But I think that we made good progress through 2020 and we'll see whether RB16B has its challenges from the regulation changes, but that's obviously the same for all teams.

"Hopefully, with a lot of good lessons that we learned last year, we'll manage to apply those into the updated car."

Red Bull is heading in to 2021 with a new driver line-up, after Albon was demoted to the role of reserve and test driver at the end of last season.

That came with Red Bull electing to sign Sergio Perez as Verstappen's team-mate, off the back of an impressive campaign that the Mexican delivered for Racing Point in 2020.

Red Bull thinks that the addition of Perez will be vital if it is to disrupt Mercedes and prevent the German manufacturer from taking an eighth consecutive F1 title double.

Honda's final season in F1 this year will be followed by Red Bull taking over the engine project itself and running the power units from 2022 under its own name.

Work is already underway at Red Bull's Milton Keynes campus to ramp up its powertrain facilities in readiness for the new challenge.